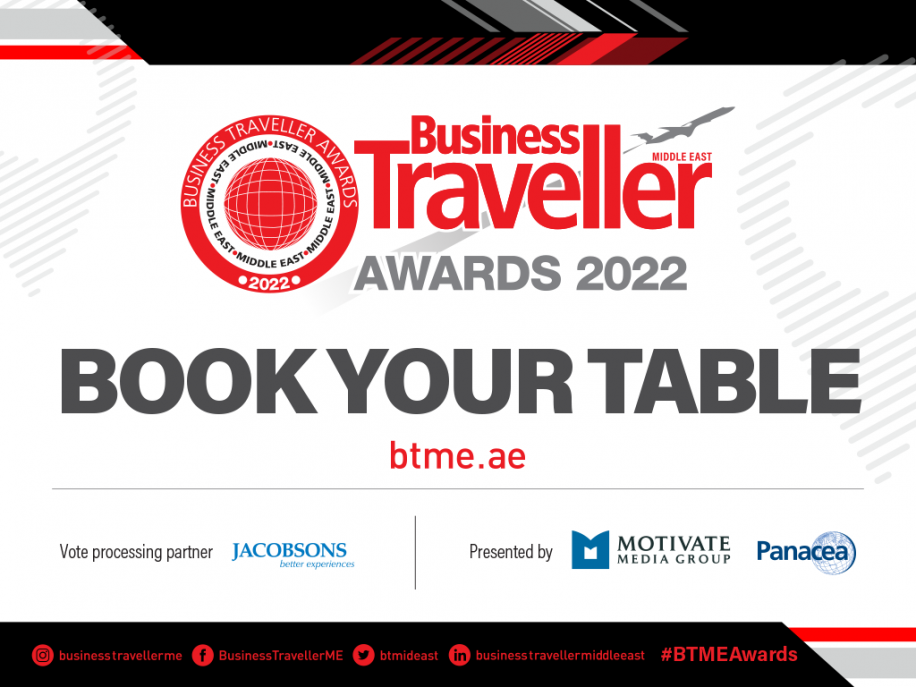 The shortlist of hotels and airlines that are in with a chance of winning the Business Traveller Middle East Awards 2022 has been revealed.

After hundreds of votes were made across the 42 categories being contested, the shortlist of contenders is revealed below, with the winners set to be announced on May 9 at a gala event staged at one of Dubai’s leading five-star hotels, Conrad Dubai.

Staged live for the first time since 2019, with the last two awards ceremonies hosted virtually, the hotly anticipated awards ceremony will welcome more than 200 guests.

Each year, the coveted ceremony attracts a high-profile crowd comprising industry heavyweights, High Net Worth Individuals (HNWIs), C-Suite executives and key decision makers spanning the hotel, aviation, tourism and transportation, and 2022 will be no exception.

This year’s awards programme is bigger and better than ever, with several new categories added.

The 42 awards categories span 10 airline awards, four airport awards, 21 hotel awards and a selection of leisure and lifestyle awards. Don’t miss the June issue of BTME for detailed awards coverage, including a list of all the deserving winners.

For more information on the awards, visit btme.ae