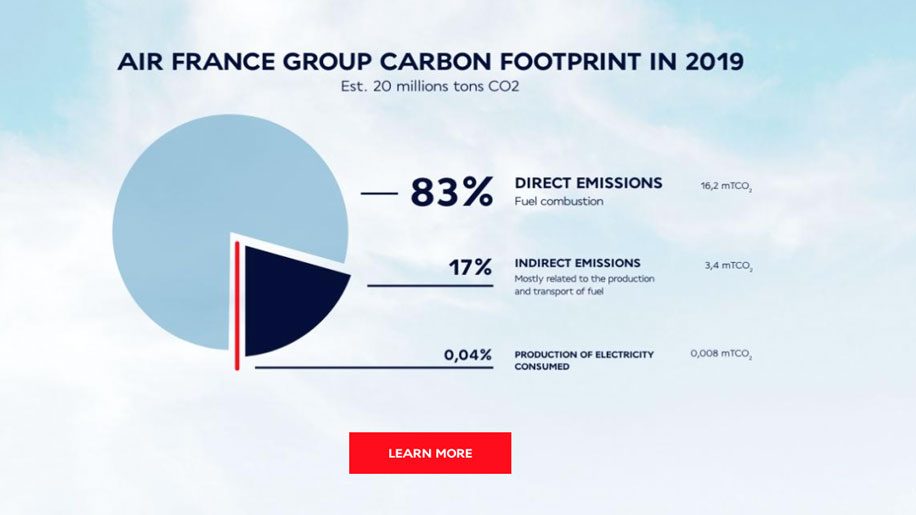 The new strategy has three priorities:

Air France says it is still “working to define a precise and verifiable decarbonisation trajectory for 2050, based on a set of hypotheses – notably concerning an evolution of traffic – which may vary. Therefore, this is an evolving process, guided by the ambition to be in line with the scientific benchmarks, as is the case for the trajectory for 2030.”

France and its new environmental eco tax on aviation