Eight out of the ten busiest airports in the world in 2021 were located in the US, according to preliminary data from Airports Council International (ACI World).

Atlanta Hartsfield–Jackson International topped the list with 75,704,760 passengers passing through the airport in 2021.

It marks a return to the number 1 spot for the Atlanta hub, which had been pushed into second spot by Guangzhou Baiyun International airport in 2020.

Passenger traffic at the top ten busiest airports last year (which collectively represented almost 10 per cent of global traffic with 463 million passengers) saw an increase of 51.8 per cent compared to 2020, but a drop of 29.1 per cent compared with 2019 levels.

Dubai International remained the busiest airport for international traffic last year, followed by Istanbul airport, Amsterdam Schiphol, Frankfurt airport and Paris CDG. London Heathrow was in seventh place, down from third in 2020 and second place in 2019.

“The ACI World passenger traffic rankings tell the story of an encouraging trend of recovery, with most of the recurrent busiest airports pre-Covid-19 back at the top.

“Although we are cautious that recovery could face multiple headwinds, the momentum created by reopening plans by countries could lead to an uptick in travel in the second half of 2022.

“As such, ACI World continues to advocate to governments to follow the data and ease travel restrictions to safely restore the movement of people, goods, and services. This will provide travellers with more travel options and boost the overall recovery through aviation’s unique role in boosting trade, tourism, investment and creating jobs.”

Loading comments...
Read Next
Cathay Pacific’s traffic still 99 per cent down in March
Read Previous
Sentra Airways planning flights from Manchester to Africa and the US 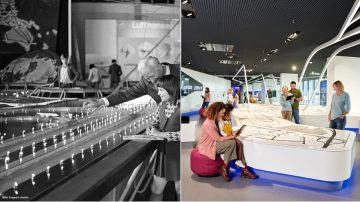