Cathay Pacific has resumed flights from the UK to Hong Kong following the easing of travel restrictions.

Hong Kong has today lifted the travel ban on nine countries including the UK, Australia, Canada, France, India, Nepal, Pakistan, the Philippines and the US.

The airline’s first flight CX252 departed London Heathrow on March 31 and lands in Hong Kong today. This will be followed by a departure from Manchester airport (CX216) on April 3.

Fully vaccinated Hong Kong residents can now enter Hong Kong provided that they have a negative PCR test taken within 48 hours of travel and have filled in the relevant travel declaration forms.

Travellers will still need to quarantine in a hotel upon arrival in Hong Kong, but this will be cut to seven days from 14.

The Hong Kong Airport has also lifted its transit ban, allowing passengers to connect to onward destinations such as Australia, New Zealand, Thailand and Malaysia.

The airline has provided a step-by-step checklist on the website for customers. 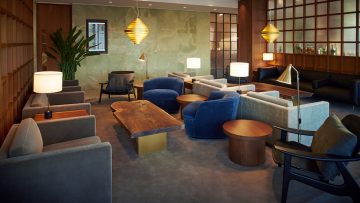