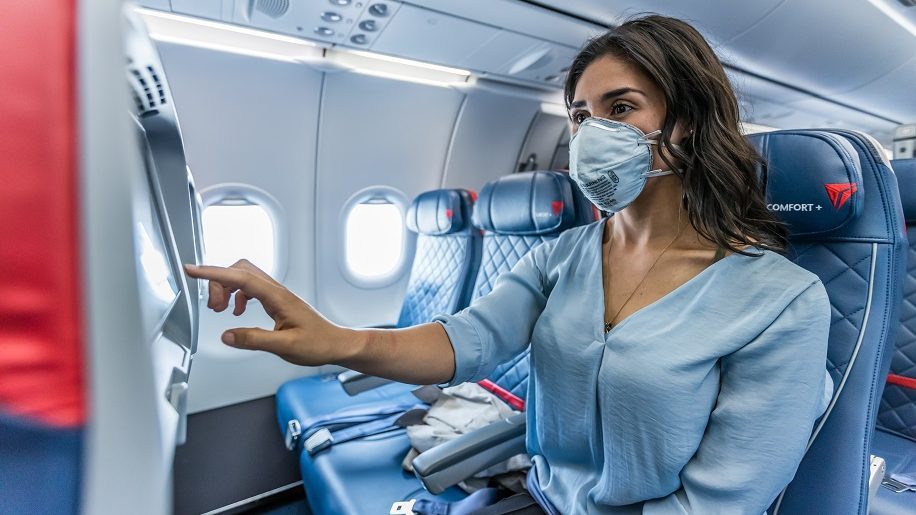 Delta Air Lines Chief Executive Ed Bastian says that demand for flights with the airline  is at the highest level for several years, and that last week it had its largest booking day in the company’s history.

“I have never seen such strong demand in my career,” Bastian said. “We haven’t seen any downtick in demand. We don’t have our full schedule back yet, so when I say we have had our biggest booking day, that is despite not having 15 per cent of our seats available for booking, so that demand is bigger than 2019 even allowing for that.”

Bastian said that there had been no spike in cancellations as a result of the Ukrainian conflict.

“Bookings have been higher than we have seen since the beginning of the pandemic and we have not seen a spike in cancellations. Demand has held up really strong. We have really not seen any impact at all in terms of reluctance for US travellers to come to Europe. A lot of our flying is to London, Paris, Amsterdam and Rome. Last week we had the largest bookings day for our company in our history, period. Pre- or post-Covid. It is a sign of the strength of our demand. It seems like people can compartmentalise.”

Bastian said that the Ukrainian crisis had been a difficult period, with the airline immediately suspending its codeshare with Aeroflot and with no plans for it to return.

“From a humanitarian standpoint we have been working with a number of aid agencies,” said Bastian. “Just last week we contributed $1 million and we have found ways for Delta flyers to donate air miles to these causes. From a business point of view there has been a dramatic increase in fuel prices and we are not hedged – none of the major US agencies are hedged. We have seen oil at $100  per barrel many times in the past. We were successful in the early part of the last decade when fuel was at that level and I am not at a point of nervousness.”

More generally on the topic of whether business travel will return to pre pandemic levels, Bastian was very optimistic:

“There’s no question that the pandemic has caused certain behavioural changes that will be adopted longer term, whether it is travel budgets or companies feeling this is a more sustainable way of operating their business.

“At the present time, our business travel is 60 per cent back. So for all the ‘doom and gloomers’ out there who said it would not get back to 50 per cent, we have already exceeded that. The US is at a higher level than Europe, but collectively we are back to 60 per cent.”

“There are also a number of things which need to be thought about with regards to travel as far as businesses are concerned. Video conferencing is going to change the nature of travel but I think it’s going to enhance travel, not actually cause travel to be dropped. If you think about a video conference, it allows you to take your office with you, it doesn’t force you to be in the office or to be at home, so it enhances the presence you have and I think that hasn’t been understood as well and will be better understood. There will be some forms of business travel which will be reduced but some will be increased.”

“Secondly, in the US people are looking at hybrid work practices. Not everyone is in the office five days a week like they were before. Many offices are adopting two or three days in the office to allow their employees to work from remote locations, and are enabling flexibility to their staff, and so people will still need to travel – these are new forms of travel. It means people can plan their life and enhance their own mobility, whether they take vacations at different points of the year or work while at a vacation site.”

The other thing we lose sight of is we are always referencing back to 2019 as the benchmark. But we believe that our economy over the next year or two, particularly in the US, is going to be meaningfully larger than it was in 2019.”

“Consumers have $2.2 trillion of wealth they have built in the last two years. Business travel is driven off a base of the economy, and while fuel prices and other inflationary impacts can have an effect on consumer demand, at the present time we are not seeing it in the US.”

Bastian referenced the spending data that the airline can source through its relationship with its credit card partner, American Express.

“As a data point. In the first part of this year, January and February, we looked at consumer spending through AMEX which is the cobranded card we have. That spend number is meaningfully higher than it was in the comparable period of 2019. Meaning that people are spending and putting it on their travel card with Delta to earn Delta points. So you can find as many reasons for why business travel will be enabled rather than reduced, and at the end of the day, this is all about connection. We all learned over the last two years that nothing beats getting together.”

Bastian was speaking as Delta announced its summer schedules, with more than 510 weekly flights to Europe. The latest updates to Delta’s schedule include new flights between New York-JFK and Stockholm (ARN) starting June 1 and between Salt Lake City and London-Heathrow (LHR) beginning May 14. Delta is the largest trans-Atlantic carrier from New York-JFK and Boston and will operate up to 27 daily flights to 20 European destinations from JFK, including restarting pre-Covid service to Zurich, Brussels, Edinburgh, Copenhagen and Prague.

In Boston, Delta will operate up to nine daily flights to nine trans-Atlantic destinations, offering nearly 5,000 more seats each week compared with summer 2019.

From Atlanta, Delta will operate up to 17 daily flights to 14 trans-Atlantic destinations, including an increased three-times-daily service to Amsterdam as well as increasing frequency to London and Rome to twice-daily.

Delta’s Midwest hubs in Detroit and Minneapolis will operate up to 14 daily nonstop flights to the airline’s global hubs in Amsterdam, London and Paris as well as a daily service to Frankfurt, Munich and Reykjavík.

On the US West Coast, the airline’s Seattle hub will operate a twice-daily service to Amsterdam and a once-daily service to London and Paris. Salt Lake City will offer a daily, nonstop flight to Delta’s three respective trans-Atlantic hubs. Delta will also return to a daily Portland-to-Amsterdam service.