Heathrow has reported that passenger numbers fell to 19.4 million last year, the lowest since 1972.

Cumultative losses during the pandemic reached £3.8 billion, despite having cut £870 million in costs, due to lower passengers and high fixed costs.

The airport said it was the only European hub to see a reduction in traffic last year, blaming the UK’s tighter travel restrictions than EU countries.

Passenger numbers are currently 23 per cent behind forecast, with lower than expected numbers in January and February, but the airport expects a surge in outbound tourism over the summer and plans to meet its target of 45.5 million passengers. The airport said that the removal of Covid testing requirements has also increased demand among UK travellers.

To aid the recovery, the airport plans to reopen Terminal 4 by July and is working with airline partners to ramp up operations.

Nonetheless, the airport says that inbound tourism and business travel remain key challenges, with 63 per cent of its markets retaining some form of travel restrictions or testing requirements.

It does not expect travel to return to pre-pandemic levels until all restrictions have been removed, and passengers can travel without Covid checks and with the confidence that rules will not be reintroduced.

“While 2021 was the worst year in Heathrow’s history, I am very proud of the way that colleagues focussed on passengers, and we were able to maintain our position as one of the top 10 airports in the world for service.

“Demand is now starting to recover and we are working closely with airlines to scale-up our operations and reopen Terminal 4 for the summer travel peak. We’re excited to welcome more passengers back to Heathrow to experience the joys of travel and get Britain’s economy firing on all cylinders again.”

The airport also confirmed that ticket prices will increase by just under 2 per cent, with Holland-Kaye commenting:

“I am anxious that the CAA will undercook the investment needed to avoid the return of “Heathrow hassle” with longer queues and delays.”

Heathrow also revealed that it will review its plans for expansion over the course of the next year, stating that the pandemic has “strengthened the strategic case for expansion”, and that its plans for net zero aviation by 2050 remain on-track.

See our report on the the airport’s revised sustainability strategy: 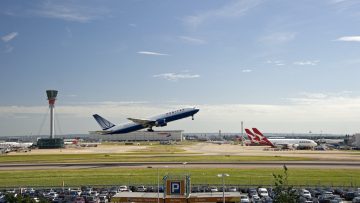 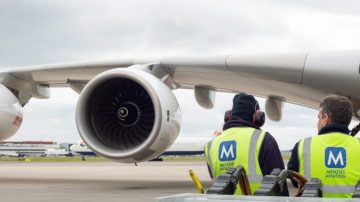