Accessibility to the American Dream 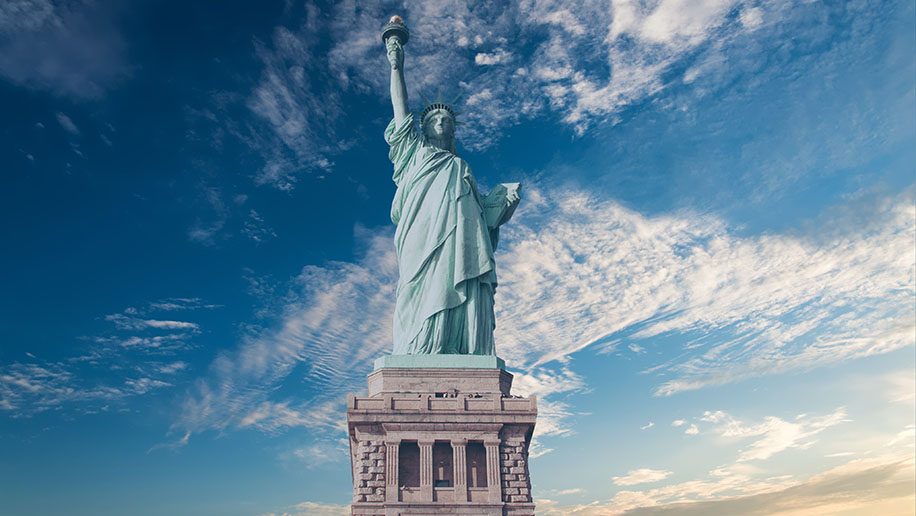 The prominent term – the ‘American Dream’ – was first coined in 1931 and has been widely used for the past nine decades to convey a message of hope for all Americans, especially those that are new immigrants to the United States.

The American Dream entails access to quality higher education, to innovative healthcare, and to a high standard of living. It is the promise that any immigrant, no matter their nationality or their socioeconomic background, can prosper in the land of opportunity, through hard work and perseverance, that has for so long kept up the demand for access to America.

Holding the record for having the highest number of immigrants, the United States has, for decades, stood the test of time as one of the best countries to which foreign nationals from around the world can immigrate in pursuit of a better life.

The resiliency of America has been tested in the past during dark times as they pushed through World Wars to emerge as the pre-eminent superpower. The position of the United States as the world’s dominant power is likely to continue due to the size of its wealth, the U.S. economy’s efficiency, its military capabilities, and its presence and influence around the world.

A significant indicator of the health of the U.S. economy is the declining unemployment rate and the speed with which the U.S. labour market recovered after the Q1 2020 decline due to the pandemic. According to a report published by the Bureau of Labor Statistics of the U.S. Department of Labor, the unemployment rate fell by 0.4 per cent to 4.2 per cent in November 2021. The number of unemployed persons fell to 6.9 million, which is a considerable improvement compared 22 million in April 2020. The decrease in unemployment rate is attributable to the American work ethic, the educated base of the U.S. population, and access to modern medicines that made it possible for the country to bounce back economically.

As can be seen from the resiliency of the U.S. labour market during the pandemic, the concept of the American Dream will persevere through challenging times. The United States is the world’s leader in innovation and technology. The largest technology companies in the world, such as Google, Apple, Meta (formerly known as Facebook), and Microsoft, were started in and have their headquarters in the United States.

Located in Northern California, Silicon Valley is famously known as the innovation hub of the world. The venture capital financing model for start-ups of Silicon Valley has been used globally to foster high-tech innovation. As the number-one most technologically advance country in the world, the American Dream will continue to attract young and intelligent talent from around the globe looking to foster their own American dream. If California were a sovereign nation, it would rank as the world’s fifth largest economy, ahead of the entire country of India, ahead of the United Kingdom and just behind Germany. This technological utopia remains the pre-eminent destination for opportunity.

The EB-5 programme was created by Congress as part of the Immigration Act of 1990 to stimulate the U.S. economy through job creation and injection of capital investment by foreign investors.

The programme provides investors the opportunity to obtain Green Cards for themselves and their qualifying dependents, including spouse and unmarried children under 21 years of age, by investing $500,000 in a new commercial enterprise in the United States, usually in government pre-approved projects.

They would invest, file their applications, expect an approval in about 16 months, and with the expectation of receiving their investment back after a period of about five or six years later. The core requirements of the EB-5 programme are that a minimum of 10 jobs must be created for U.S. persons for each foreign investor’s EB-5 application and the source and path of funds used for the investment must both be lawful.

There are many reasons why foreign nationals, including residents of the Middle East, choose to partake in the EB-5 programme as part of their immigration journey to the United States. Top reasons include access to better healthcare, quality education, economic stability, and great career opportunities. 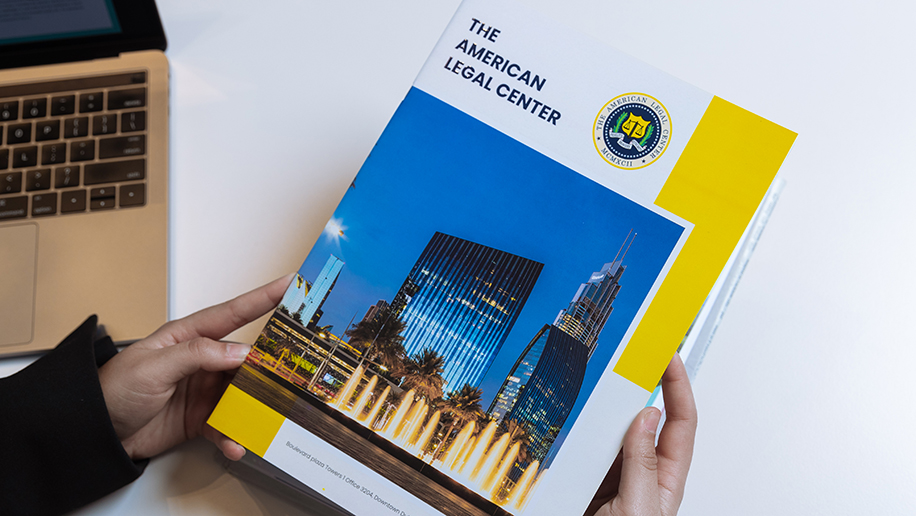 With 80 per cent of the best hospitals in the world being located in the United States, the country offers its residents a top-quality healthcare system. The hospitals in the country are well-funded and have world-leading medical innovation and advancement ensuring that patients receive the best care and treatment. The United States has control over 45 per cent of the world’s pharmaceutical market.

The number of international applicants to U.S. institutions is on the rise with foreign students seeking to take advantage of all of the benefits that a U.S. degree and education provides. U.S. universities outperform those of other nations not only because of the higher quality of academic life but also because of the higher standard of living that is offered to students and the encouragement to participate in other aspects that will lead to their professional and interpersonal growth.

The main motivation for many families participating in the EB-5 programme is for the educational benefits that a U.S. Green Card offers, including:

Given the public policy of the United States in ensuring that all children have access to education, public education for school children up to the age of 18 is free of charge. By participating in the EB-5 programme, a family is able to obtain the U.S. Green Card, by virtue of which they can take advantage of their status as U.S. persons. Being a U.S. person entails access to free public education in the United States. Therefore, many foreign nationals with young children choose to partake in the program so that their children can study in and graduate from U.S. schools without any out-of-pocket costs to the parents.

Universities in the United States often have self-imposed quotas on the number of international students that they accept. Due to such quotas, the acceptance rate of international students is lower as compared to domestic students. Therefore, many foreign families participate in the EB-5 programme so that with a Green Card in hand, their children can be considered as domestic students and avail the benefits of higher acceptance rates to U.S. institutions.

In addition to higher acceptance rates, domestic students can take advantage of lower tuition rates. The tuition fees for colleges and universities in the United States are drastically higher for international students. For instance, the tuition for the 2021-2022 academic year for an undergraduate student at The University of California at Berkeley varies depending on whether or not the student is domestic or international: a domestic student must pay approximately US$14,226, whereas an international student must pay approximately $47,768 to receive the same education. Additionally, it is significantly more difficult for international students to secure financial aid or student loans. Therefore, many families participate in the EB-5 programme to become Green Card holders so that their children may attend U.S. colleges and universities at the same cost as citizens and may even qualify for grants, loans, and other benefits, many of which are only reserved for U.S. persons. 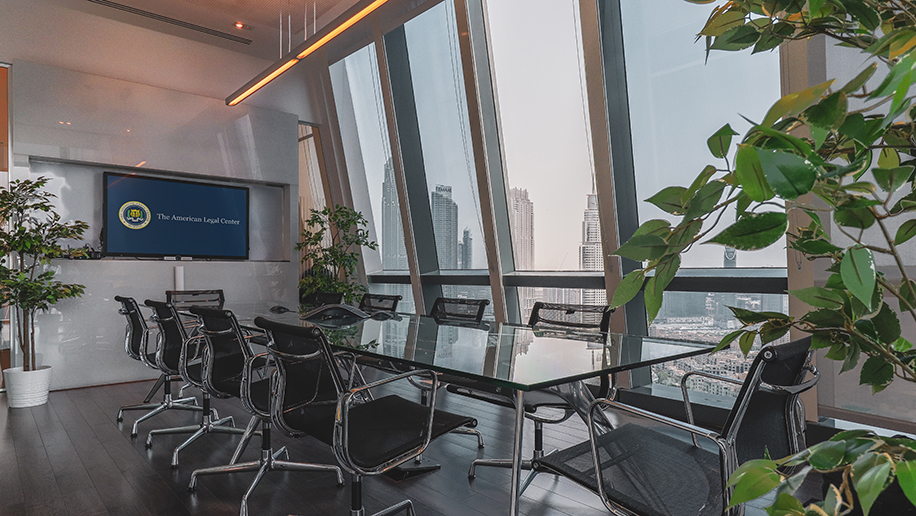 During times of turmoil, families seek to immigrate to countries that can offer stability. The United States has one of the most stable economies in the world, representing 20 per cent of total global output. According to the International Monetary Fund, the United States has one of the highest Gross Domestic Products (GDP) in the world. GDP is a measurement of a country’s monetary market value of all final goods and services and essentially represents the health of a country’s economy. The U.S. has a super economy as it has the strongest economy in the world with its highly developed and technologically advanced services sector accounting for approximately 80 per cent of its output. The largest corporations of the world have their headquarters in the United States, with more than fifth of the Fortune Global 500 companies being U.S. companies.

There are several factors that contribute to the powerful economy of the U.S., such as the political stability of its government, the strong sense of entrepreneurship and encouragement of innovation, and the strength of its currency.

The U.S. Dollar is among the strongest currencies in the world. In fact, many countries, such as the United Arab Emirates, peg their currencies against the U.S. Dollar to stabilise their exchange rate, reduce uncertainty, promote trade, and boost incomes.

The labour market in the United States has quickly bounced back from the pandemic. The declining unemployment demonstrates the demand for labour in the U.S. market, which translates into increased career opportunities. Generally, job seekers tend to fare better in the U.S. labour market if they are Green Card holders. This is because of the time and financial burdens associated with hiring an international applicant, such as sponsoring their work visa and obtaining the relevant permits. Therefore, many foreign investors wishing to start or continue their career in the United States participate in the EB-5 programme to obtain their Green Cards.

How to gain access to the U.S. through the EB-5 programme

The EB-5 Immigrant Investor programme offers a fast-tracked option for foreign investors to obtain their U.S. Green Cards. Given the ease of requirements of the programme, it is one of the most popular immigration routes to the United States, especially amongst residents of the Middle East.

The first integral step in participating in the programme is to engage the services of an experienced EB-5 consultant.

He has assisted hundreds of families around the world, and especially out of the GCC region, in filing their EB-5 applications. In June 2021, he was instrumental in filing six per cent of all global applications filed that month based on numbers provided by the U.S. government.

Once an experienced legal consulting team is confirmed, the second step is to begin collecting the required documents, which include documents pertaining to an investor’s source of funds.

Working with expert EB-5 consultants will ease this process as they will be able to advise on the particular documents that are required. That said, it is crucial for a Middle East resident to work with an EB-5 advisor that has experience in this part of the world as the documents required vary on a country-by-country basis. 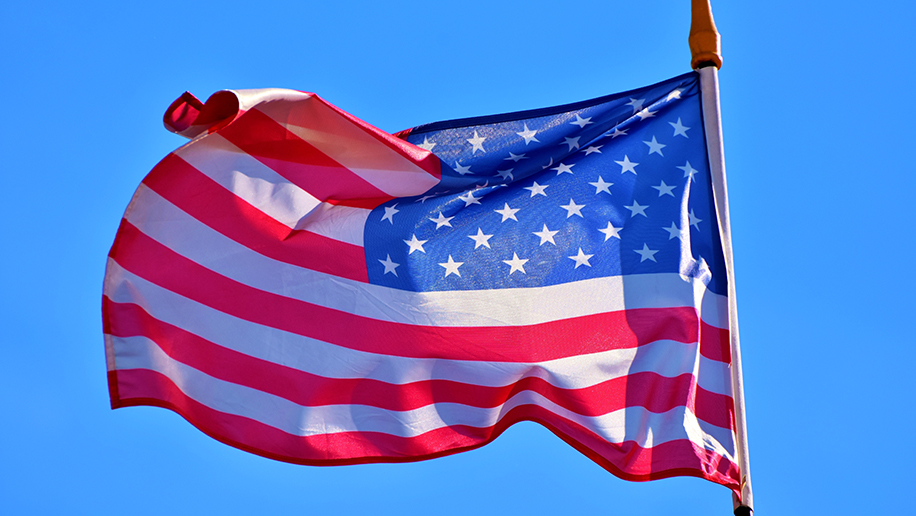 Simultaneously with the collection of documents, an investor will be introduced to EB-5 projects in which they can invest for their application. These projects are hosted by entities in the United States, which are referred to as Regional Centers.

Created by the United States Congress in 1992, the EB-5 Regional Center is the preferred route for EB-5 investors as they can take advantage of a passive investment but still avail the benefits of the EB-5 programme in obtaining a Green Card.

The EB-5 Regional Center programme had previously received funding from the U.S. government as part of the annual appropriations bill; however, it was detached from the annual appropriations bill of the U.S. federal government in late 2020. This detachment meant that for the programme to continue being funded, a further action by Congress would be required.

With Congress failing to reach a consensus on the future of the EB-5 Regional Center programme by June 30, 2021, the programme lapsed. However, EB-5 industry stakeholders have continued to work on a new EB-5 bill, which has introduced positive reforms to the programme. It is expected that the EB-5 bill will soon be attached to an appropriations bill and the EB-5 Regional Center programme will once again be reauthorised in early 2022.

When this takes place, it is expected that the price of the programme may remain at $500,000 for a short window and thereafter increase incrementally by $100,000 on a year-by-year basis.

Therefore, with a short timeline to prepare, interested EB-5 investors must begin their process as soon as possible so they can benefit from the lower ticket price