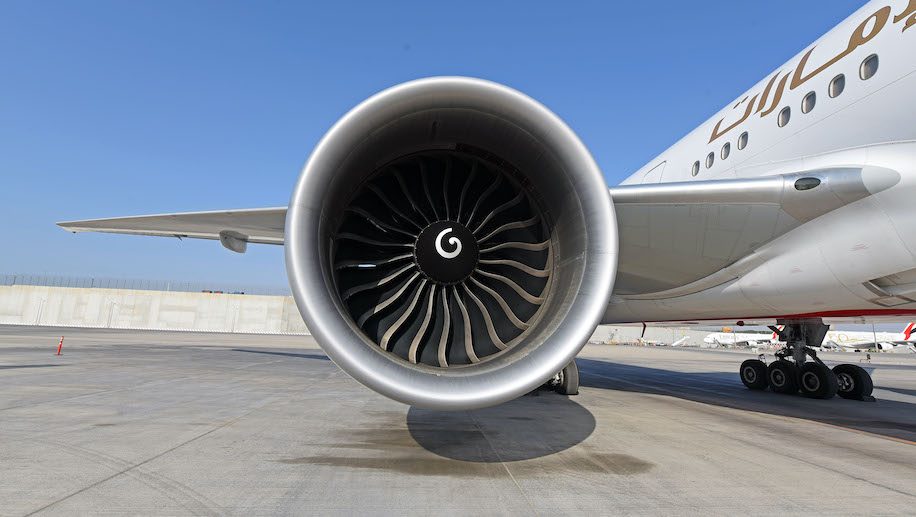 Emirates has signed a Memorandum of Understanding with aircraft engine supplier GE Aviation to conduct a test flight using 100 per cent sustainable aviation fuel by the end of 2022.

At the moment, the sustainable aviation fuel approved for use is a blend of petroleum-based Jet A or Jet A-1 fuel and a SAF component with a maximum blend limit of 50 per cent. One of GE’s fuel experts charts an international taskforce which is aiming to develop standardised industry specifications supporting the adoption of 100 per cent SAF, which does not require blending with conventional jet fuel.

Emirates first powered a flight by SAF in 2017 from Chicago O’Hare airport. It also received its first A380 powered by SAF last year, and flights from Oslo have also begun operating on SAF under the Norwegian government SAF mandate policy.

“Emirates is committed to supporting initiatives that help minimise its CO2 emissions, and we’ve already made great strides in fuel efficiency and conservation as well as operational advancements across different areas of our business. Our agreement with GE Aviation will support progress on the industry’s collective commitment to net zero emissions, and we look forward to continuing this close collaboration. Our partnership with GE Aviation to prepare for the test flight will be an important step towards securing certification of flights that are powered by 100% SAF.”

“GE Aviation is committed to pursuing efforts to reduce CO2 emissions from commercial aviation, including developing technologies for the fleet in service and the future of flight. This collaboration with Emirates is key to our efforts to standardize 100% SAF globally, which could provide a significant opportunity to expand the impact of SAF on aviation’s carbon reduction efforts.”

All GE Aviation engines can operate with approved SAF, which is made from plant oils, algae, greases, fats, waste streams, alcohols, sugars, captured CO2 and other alternative feedstock sources.

For more information on sustainable aviation fuels, see our feature: