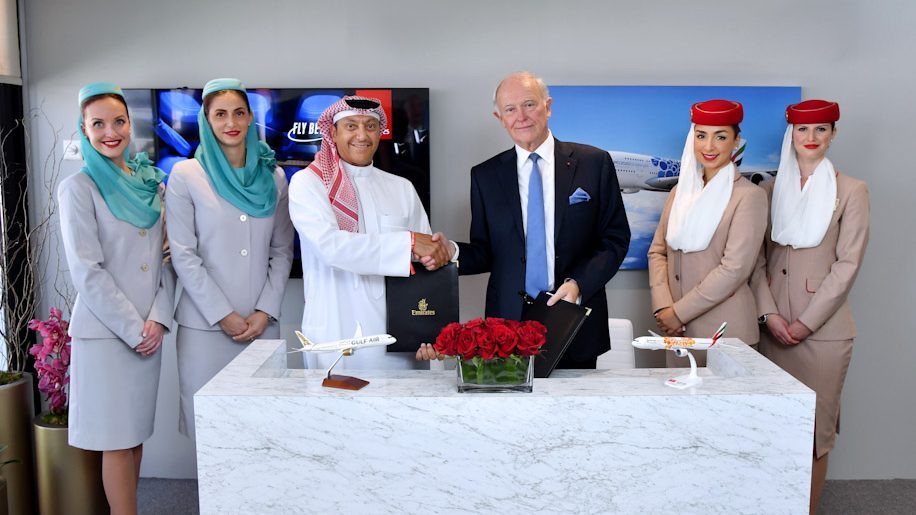 Who would have thought two of the fiercest rivals in the Gulf region would become friends and agree to form a commercial partnership?

Back in the late 1980s, soon after Emirates was founded, Bahrain-based Gulf Air (who considered itself ‘top dog’) was so furious it withdrew the Dubai-based airline’s traffic rights (into Bahrain).

But this weekend at the Dubai Airshow both carriers put their differences behind them.

They have signed a Memorandum of Understanding (MoU) for closer co-operation which will involve codesharing.

It means customers will be able to transit either airline’s hub (Dubai or Bahrain) for onward destinations.

Says Emirates president Sir Tim Clark, “We are pleased to partner with Gulf Air on developing this codeshare agreement.”

Adds Captain AlAlawi, Gulf Air’s acting CEO, “This will be a remarkable partnership between one of the first airlines in the Gulf and one of the biggest carriers in the world.”

When Gulf Air began to expand in the mid-1970s (just after it ended its management contract with our BOAC) it extended its long-haul network to as far as Sydney.

Back then Gulf Air was the national airline of the entire region including the UAE.

But Gulf Air’s long-haul ambitions were challenged from the mid-1980s when Emirates was founded.

And then we saw the other Gulf states launch their own national carriers, meaning Gulf Air was relegated to ‘small player’ status.

Let us hope the new commercial arrangement will prove a success for both carriers. 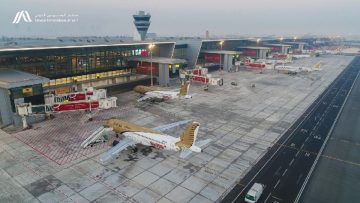 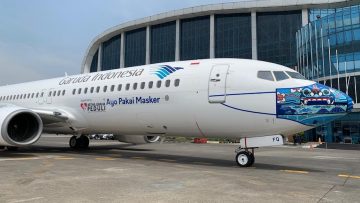 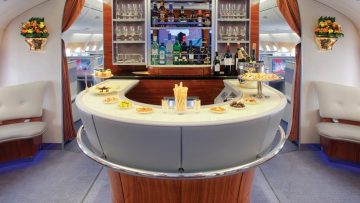 News
Emirates to upcycle retired A380 into bespoke furniture and memorabilia
2 Nov 2021
Loading...