Loganair has announced plans to fly between Edinburgh and City of Derry airport next summer.

The route will launch on May 17, 2022, initially operating thrice-weekly (Tuesdays, Fridays and Sundays), increasing to five flights per week with the addition of services on Thursdays and Saturdays.

The news follows the announcement in this week’s Budget that domestic APD rates are to be halved, although this will not take effect until April 2023.

The Edinburgh-Derry route had previously been served by Ryanair, until the carrier pulled all of its UK domestic routes in late 2020 as a result of what it said were post-Brexit regulatory changes.

This decision was reversed earlier this month when Ryanair announced new flights between Derry and Manchester starting this December – a route which itself has previously been operated by Loganair.

“Keeping people connected is a key driver for us and launching this route further strengthens our network across the UK while developing our partnerships with each airport.

“Offering greater choice, we now operate services from City of Derry to Edinburgh, Glasgow, London Stansted and Liverpool, with further onward connections to the Highlands and Islands, benefiting business and leisure travellers alike.” 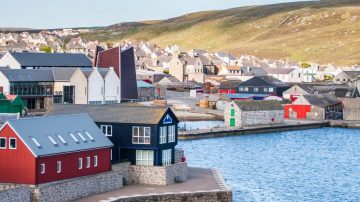