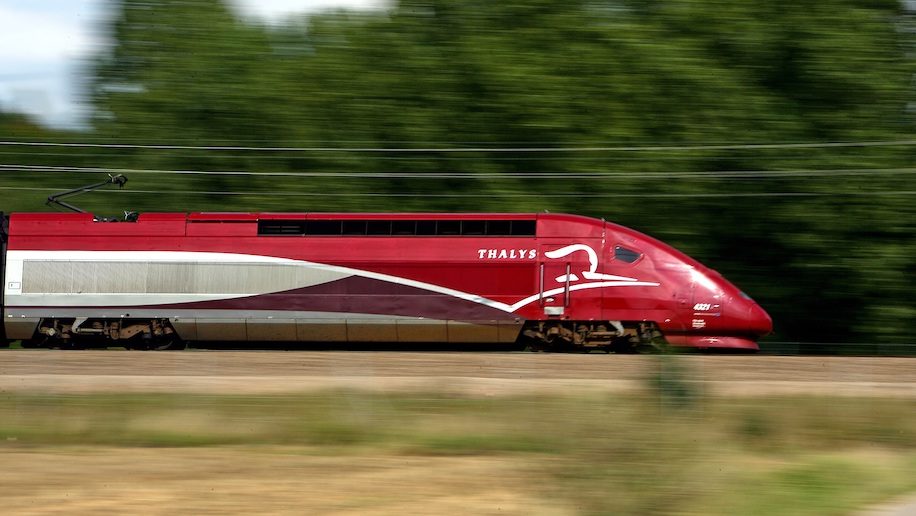 Thalys unveiled the first of its refurbished TGVs in Amsterdam on Tuesday.

Readers who follow the thread below will see more details of the new product including the interior.

Today is an exciting day in the history of Thalys: our first redesigned train will depart from Amsterdam 🇳🇱 to Brussels 🇧🇪 with a special inauguration moment in Amsterdam Centraal to celebrate this moment. Stay tuned! 🍾✉️🎉⁰#WelcomeToOurWorld #TheNewThalys @NS_Int @NS_Stations pic.twitter.com/srWWh2m9Xl

Thalys is jointly owned by SNCF (France) and SNCB (Belgium), with SNCF holding 70 per cent of the shares. It is a service much used by corporate travellers.

Thalys operates regularly over the busy Amsterdam-Schiphol-Rotterdam-Antwerp-Brussels-Paris route. It holds a monopoly on this high-speed route.

Another route is Paris-Brussels-Cologne where it competes with Deutsche Bahn (DB).

Since 2019 it has held the distinction of linking the hubs of Air France and KLM with a direct service between Schiphol and Paris CDG. No other high-speed train service directly links other airline hubs in mainland Europe (Lufthansa’s second hub at Munich has no mainline access).

From the passengers’ viewpoint not everything is perfect. Thalys’ multi-voltage TGVs are 25 years old and there has been nothing new since then. At busy times, fares can be expensive and Thalys faces no high-speed competition. Perhaps the capacity will arrive when Thalys merges with Eurostar.

Another issue concerns Brussels-Cologne. Under Railteam rules travellers are told they can “Enjoy seam-less high-speed travel across Europe.” Details are available here.

News
Thalys to restore schedules
6 May 2021