Qantas is to bring forward the resumption of A380 services by three months, with two superjumbos set to operate flights to Los Angeles from April 2022.

The carrier said that a further three A380s would return to service from mid-November 2022, with the remaining five superjumbos expected to resume operation by early 2024.

In recent weeks both British Airways and Qatar Airways have confirmed plans to reintroduce A380 services.

In addition Qantas is considering bringing forward the delivery of three new B787-9 aircraft – which have been in storage with Boeing during the Covid-19 pandemic – and subsidiary Jetstar will bring its remaining five B787-8s out of storage “over the coming months”.

Meanwhile the Australian flag carrier has announced plans to launch flights between Sydney and Delhi in December – its first commercial route between Australia and India in nearly a decade.

Subject to approvals from Indian authorities Qantas will offer three flights per week between the two cities from December 6, rising to daily by the end of the year.

The airline said that flights from Sydney to Delhi would operate via Darwin, with the return service being nonstop. The route will initially operate “until at least late March 2022”, with a view to continuing if there is sufficient demand.

Following the news earlier this month that the carrier is bringing forward the resumption of flights to London and Los Angeles to the start of November, Qantas has now also confirmed that service to Singapore is being brought forward by four weeks to November 23.

The airline will also resume flights to Johannesburg on January 5, 2022, three months ahead of schedule, followed by service to Bangkok on January 14.

Qantas also said that discussions were underway with the Indonesian government “about welcoming fully vaccinated Australians back to Bali with reduced or no quarantine requirements, which would mean the resumption of Jetstar and Qantas flights from Sydney to the holiday island months earlier than scheduled”.

“Australians rolling up their sleeves means our planes and our people are getting back to work much earlier than we expected.

“This is the best news we’ve had in almost two years and it will make a massive difference to thousands of our people who finally get to fly again.

“We know that Australians are keen to get overseas and see friends and family or have a long awaited holiday, so bringing forward the restart of flights to these popular international destinations will give customers even more options to travel this summer.

“We’ve said for months that the key factor in ramping up international flying would be the quarantine requirement. The decision by the NSW Government to join many cities from around the world by removing quarantine for fully vaccinated travellers means we’re able to add these flights from Sydney much earlier than we would have otherwise.

“We hope that as vaccination rates in other states and territories increase, we’ll be able to restart more international flights out of their capital cities. In the meantime, Sydney is our gateway to the rest of the world.

“In recent weeks, sales on international flights to and from Sydney have outstripped sales on domestic flights, which shows how important certainty is to people when making travel plans.

“While these flights will initially be for Australians and their families, we expect tourists from Singapore, South Africa and India to take advantage of these flights once borders reopen to international visitors, which is great news for the industry.

“Given the strong ties between Australia and India, flights between Sydney and Delhi have been on our radar for some time, and we think there will be strong demand from family and friends wanting to reconnect once borders open.

“Our customers and crew love flying on our flagship A380s, so news that they are will be back flying to Los Angeles again from April next year will be very welcome. The Federal Government’s support to ensure our aircraft and people are ready to resume once borders reopen has been critical.” 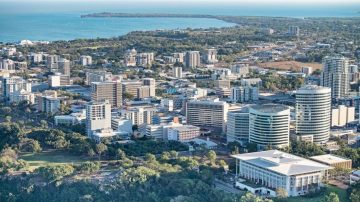 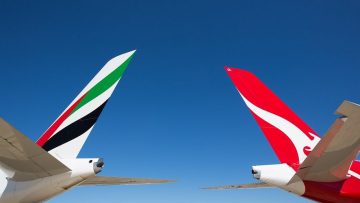