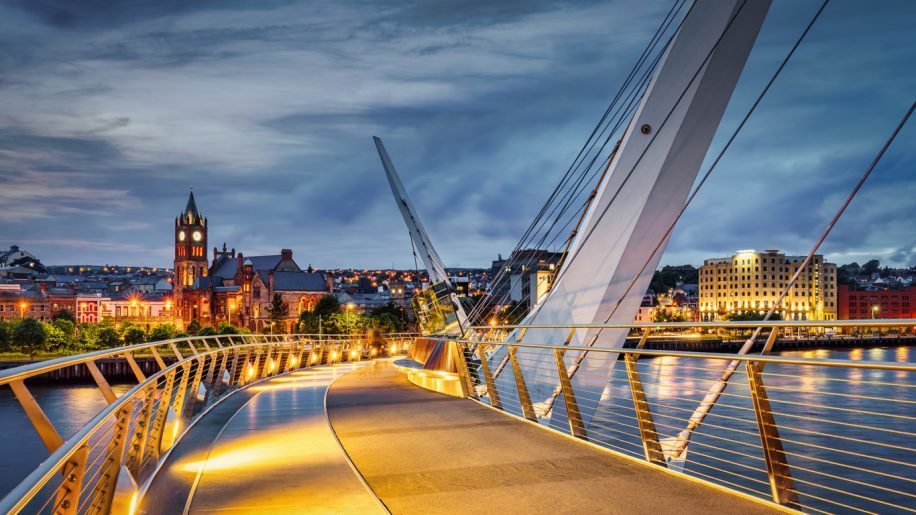 Ryanair has announced plans to launch flights between Derry and Manchester from December 1.

The thrice-weekly service will operate on Wednesdays, Fridays and Sundays.

The route signals the return of UK domestic services to Ryanair’s network – back in December 2020 the Irish carrier had announced plans to cease UK domestic routes as a result of what it said were post-Brexit regulatory changes.

It also comes just months after the carrier announced it would be ceasing all flights from Belfast International airport and Belfast City airport, citing the UK government’s “refusal to suspend or reduce APD and the lack of Covid recovery incentives from both Belfast airports”.

The Derry-Manchester route has previously been operated by both Flybmi and Loganair, the latter of which is currently the only carrier offering scheduled services from Derry airport, to Glasgow, Liverpool and Stansted.

The Belfast Telegraph quotes a spokesperson for Derry airport as stating that “Manchester is a hugely popular destination from our region, and giving people more options to fly from their doorstep is fantastic”.

“As we seek to further improve the connectivity from the North West, it is vitally important for our government to continue the push for air passenger duty removal in NI and continue with route development initiatives to get our airports and airlines improving connectivity and making the maximum contribution to our countries economic recovery,” the spokesperson continued.

“As consumer confidence in air travel steadily restores, Ryanair is once again calling on the UK Government to scrap or suspend APD (Air Passenger Duty) to allow airlines to quickly recover connectivity, jobs and tourism in the aftermath of the pandemic.

“APD makes UK airports very uncompetitive compared to those in Europe, where Ryanair continues to add capacity having opened several new bases in recent months, including Agadir, Zagreb, Billund, Stockholm, Riga and Turin. While Ryanair is committed to the UK and to Derry airport, the lack of Government support continues to create barriers to boosting traffic and growth.”