Last year we reported that the two European high-speed HS operators Eurostar and Thalys were set to merge in 2021.

But the merger was later abandoned owing to the pandemic.

The main highlights are:

Uniquely Thalys’ network directly connects the hubs of KLM and Air France: Amsterdam Schiphol and Paris CDG. (No other HS rail operator in Europe can boast that selling point).

What does it mean for consumers ?

Easier ticketing, more connection possibilities with the possibility of an enlarged network, increased passenger rights and better pricing (in some cases).

On the downside, a huge rail monopoly will be created. This seems illogical considering bus and air travel are deregulated.

Consider that Green Speed’s potential is enormous. Its network covers five countries with a total population of over 200 million. So little wonder that consumer-minded people voice their opposition.

So the merger of Thalys and Eurostar is to proceed…

Two SNCF cash cows to become one. Can't see how this is going to work out in customers' interests. I hope on board staff end up being more Eurostar-friendly than Thalys-inflexible!https://t.co/n3F9wztR7X

While ALLRAIL (which naturally must look after its members’ interests) claims that the “proposed merger will harm consumers, reduce service quality and drive people away from rail”:

However one must remember that, even if competition were allowed, it would not be easy to provide.

As we have noted on numerous occasions only specific trains can use the Tunnel while Thalys’ TGVs have the capability of operating over the networks of several countries.

The European Commission must first approve the merger. 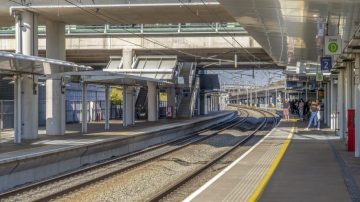