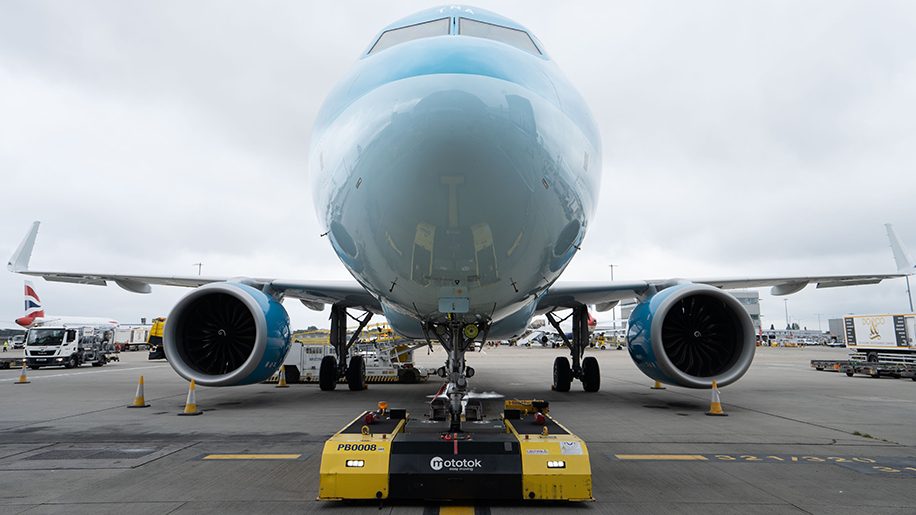 British Airways in partnership with NATS, Heathrow, Glasgow Airport, Airbus and BP has operated with sustainable aviation fuel (SAF) on a flight from London to Glasgow.

The airline’s A320neo in a livery created for COP26 in Glasgow was filled with 35 per cent SAF and 65 per cent normal jet fuel, making it the first British Airways powered directly by SAF. At present, any small amounts of SAF purchased by corporate clients as offsets or by airlines is added to the general feed to the Heathrow airport, and so could be on any aircraft departing the airport. 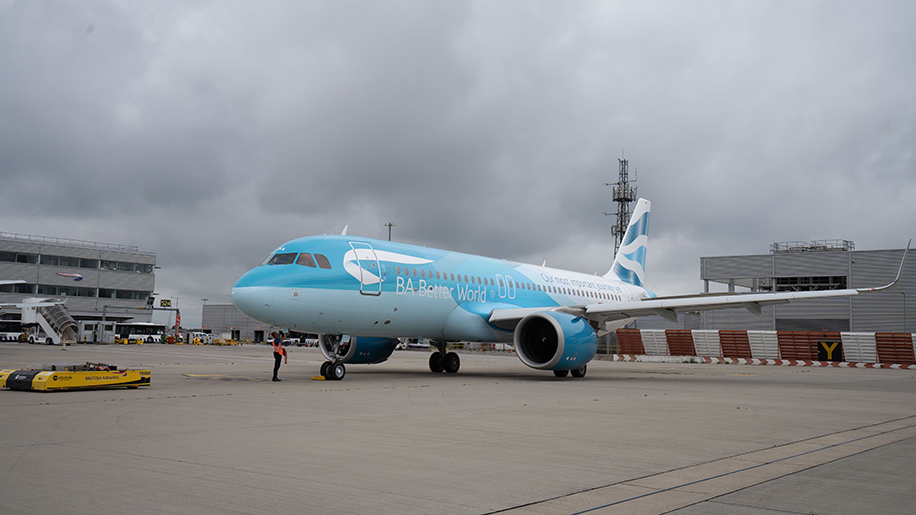 The flight, which departed Heathrow at 1036 on September 14, 2021 and arrived in Glasgow at 1128 is being described as carbon neutral, since in addition to the SAF, the remaining carbon emissions have been offset.

British Airways and its partners have compared the flight with another one made on the London to Glasgow route 11 years ago. The flight reduced CO2 emissions by 62 per cent compared to the original flight more than a decade ago through innovations including the SAF, continuous climb and descent and electric ground operations vehicles.

The airline said that the aim of the flight was to show “how far the aviation industry has progressed in its efforts to decarbonise over the last decade”.

The flight was operated by an Airbus A320neo in contrast to an A321ceo in 2010. Advances in engines, aerodynamics, cabin and flight operations means that the newer aircraft uses 20 per cent less fuel, and is 50 per cent quieter .

The aircraft was pushed back using one of the airline’s electric Mototok vehicles, powered by Heathrow’s supply of 100 per cent renewable electricity. Only one of the aircraft’s engines was used to taxi to the runway.

Air traffic controllers at NATS directed the aircraft on its continuous climb from Heathrow and descent into Glasgow, avoiding any levelling off, which causes an increase in fuel burn. The most direct routing was provided by NATS as well as the most optimal flight level and the aircraft was able to land without airborne holding; techniques that successfully saved fuel and reduced emissions.

Climb speeds were programmed in advance and aircraft computer systems worked out the optimum altitude and used accurate weight and wind data to ensure the most efficient journey possible.

On landing, the second engine was switched off to halve the power used and carbon emitted as it taxied to stand.

This year’s flight achieved a 62 per cent CO2 emissions reduction compared with the flight in 2010 – 34 per cent from more efficient aircraft and operations, 28 per cent from the use of sustainable aviation fuel with the remaining 38 per cent offset using carbon offsets.

Last week the airline announced that its customers can purchase SAF via not-for-profit organisation Pure Leapfrog. 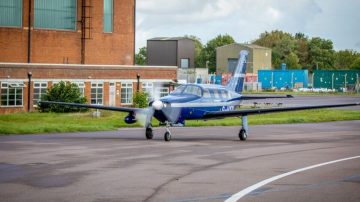