Some weeks ago I started a forum thread regarding Philippine Airlines (PAL), Chapter 11 and its plans to cut fleet size.

Over the weekend more information has become available. PAL filed for US  Chapter 11 bankruptcy on September 3.

Nilo Thaddeus Rodriguez,  PAL’s COO told Nikkei Asia, “We were able to get the support of Airbus and basically postpone those deliveries and give us an option to cancel some of those [new] aircraft between 2026 and 2030 … depending on how this recovery shapes up.”

BREAKING | Philippine Airlines will delay or cancel the delivery of over a dozen Airbus planes.https://t.co/naVn8rIS7W

Reports indicate that PAL will be returning up to 25 per cent of its fleet in order to reduce its heavy financial burden. PAL will return 22 aircraft leaving it with a fleet of 70.

In common with other Asian countries the Philippines has suffered a major decline in air traffic.

PAL has not flown to London (its sole European destination) for many months owing to the pandemic. There is yet no indication of when or if it will return.

“Philippine Airlines plans to cut 21 aircraft from pre-pandemic fleet, including four of six A350s and four of 10 B777-300ERs.  Most of the cuts are in the widebody fleet, with A330s also affected.”

It is the wide-body fleet which PAL deploys across almost all its long-haul network. 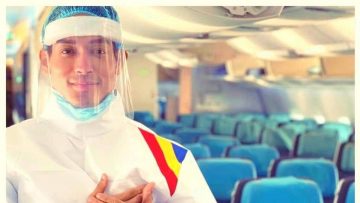