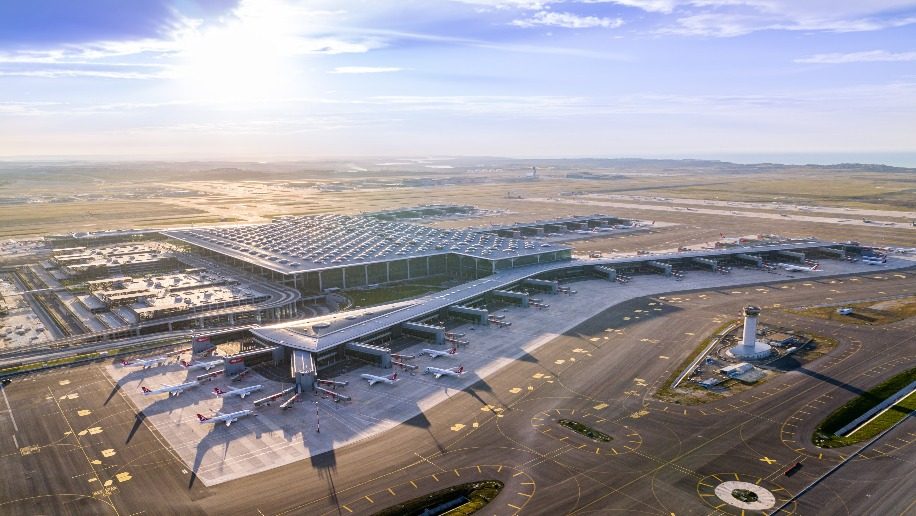 Istanbul Airport (IST) has committed to achieve ‘zero emissions’ by 2050, joining an Airports Council International (ACI) initiative which has been undersigned by 238 airports.

The airport says that the current effort includes reducing its carbon footprints “within the scope of [its] environment and sustainability program”.

Within the scope of these efforts are:

The airport has also announced its commitment to the

IGA Airport Operations Chief Executive Officer Kadri Samsunlu stated, “By implementing many of our projects in advance, we will have achieved our zero-emission targets even before the year 2050. In short term, we have realized energy efficiency activities, energy audits, and system improvements, the use of electric vehicle and vehicle charging station installations and we will continue to do so in the next two to three years.”

“In the long run, we will supply the majority of our electrical energy needs from renewable sources through the installation of solar power plants and purchases of green energy. We believe that our afforestation activities will also become a sink of significant amounts of carbon emission.”

Olivier Jankovec, Director General of ACI EUROPE, stated: “Despite the serious challenges our industry has been facing due to the COVID-19 crisis, airports continue to prioritize climate action, and this statement is proof of that. Bringing the climate agenda forward by aligning decarbonization efforts with global targets will not be easy for any industry, as well as the industries that have significantly suffered from this crisis, whose recovery may take years.  We still have significant works waiting ahead to be completed. Besides that, I would like to thank the Istanbul Airport team, who are always willing to do their best by focusing on the ambitious net zero target.”

As background, IGA (Istanbul Grand Airport) was founded on October 7, 2013 to construct and operate Istanbul Airport for 25 years and replaced Istanbul Atatürk Airport which has now closed, with the IATA code (IST) transferred to the new airport. The new airport, which is now known as Istanbul Airport, is 35 km away from the city centre. Istanbul also has Istanbul Sabiha Gökçen International Airport (IATA code SAW).

The construction of IGA will be completed in four phases. The first phase was finalised when three runways and a terminal with a passenger capacity of 90 million were commissioned. Once complete, the airport will host flights to more than 300 destinations with an annual capacity of 200 million passengers.

“A Monument of Victory” – documentary on new Istanbul airport