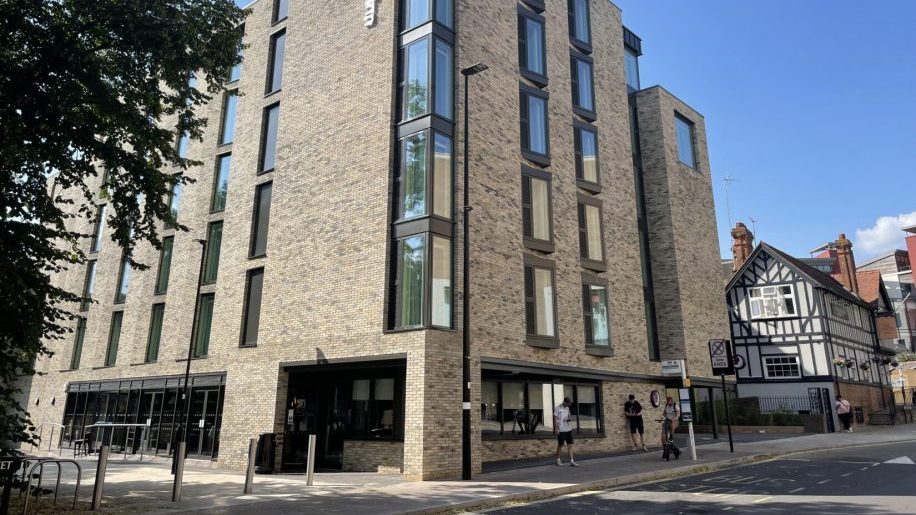 Premier Inn has opened its latest Oxford hotel, eight years after plans were first drawn up for the city centre property.

The 90-room hotel is located at Paradise Square close to the city’s Westgate shopping centre, and features the group’s Thyme Bar and Grill concept.

It’s also the second Premier Inn property in Oxford to feature the brand’s enhanced Premier Plus rooms (along with Premier Inn Oxford Cowley), which were first introduced in 2019.

There are now over 1,000 Premier Plus rooms available across the UK, with owner Whitbread planning to double this figure by 2022.

Whitbread said that it had started working on plans for the hotel back in 2013, when it acquired an 1980s office building on the site.

The new-build property ranges in height from six storeys at the front to three to the rear in order to fit in with its historic surroundings, and to “open views to the rear of the listed buildings along Paradise Street”.

Premier Inn Oxford City Centre (Westgate) is the group’s fourth hotel in the city, and the second to open this year following the unveiling of a 123-room property to the west of the city at Botley in May.

Whitbread said that it anticipates that 35,000 guests will stay at the Westgate hotel each year “based on pre-pandemic occupancy data”.

Commenting on the news Richard Aldread, head of construction in the UK regions and Ireland for Whitbread, said:

“We spotted the opportunity to bring Premier Inn’s affordable bedrooms into the heart of Oxford city centre around the time the plans to redevelop the Westgate Shopping Centre were being discussed.

“With the help of a talented team of designers and development professionals, and the support of City Council officers, we have built a superb new hotel in a challenging setting.

“It’s a proud moment to see the hotel open and I have no doubt that it will be extremely popular with our business and leisure guests and play a positive role in supporting the city’s economy.” 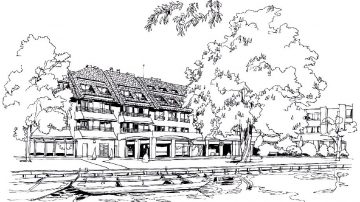 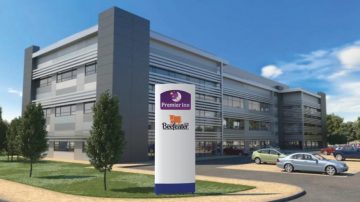 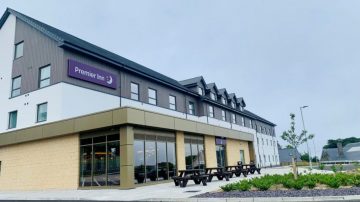