Loganair has announced plans to launch flights between Aberdeen and Dublin from September 5.

The route will initially operate four times per week (Monday, Thursday, Friday and Sunday), increasing to daily from March 28, 2022, and further flights being added on Mondays and Fridays from April 24, 2022.

The carrier is replacing a previous link between the two cities which was lost with the collapse of Stobart Air.

Flights for the one hour twenty minute journey will be operated by a 49-seat Embraer 145 aircraft.

“We are truly excited to be operating this important service and pleased to be able to step in and quickly restore the vital link between these two great cities.

“It fits well with our increasingly dominant presence as the UK’s premier regional airline and develops our growing relationship with IAG through our codeshare with BA. We now look forward to enhancing our connectivity further as we work closely with Aer Lingus.

“We believe that, as certainty grows with the ongoing Covid-19 vaccination programme, an easing of current travel restrictions to and from the Irish Republic will allow customers to book and travel with confidence.” 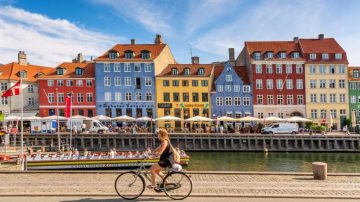