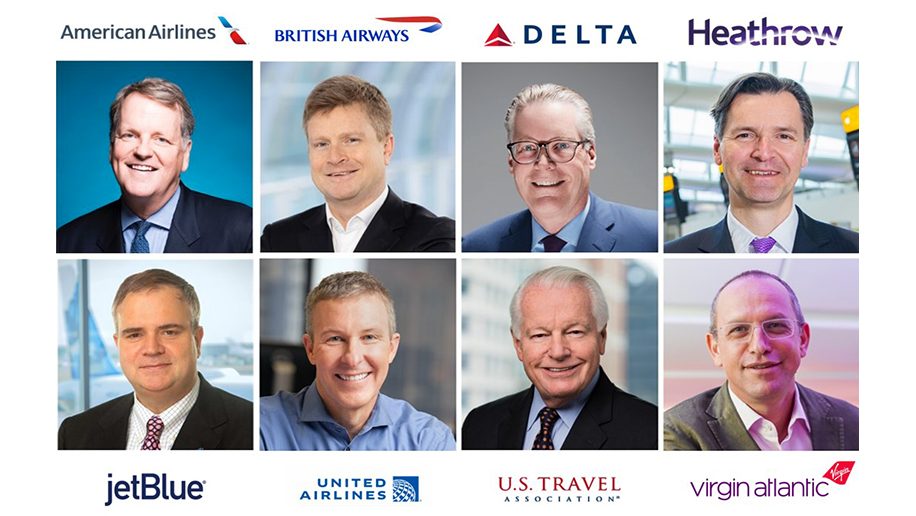 The CEOs of all the airlines that offer UK-US passenger services joined today with Heathrow Airport and other CEOs in calling once again for the re-opening of transatlantic travel.

The bosses of American Airlines, British Airways, Delta Air Lines, JetBlue, United Airlines and Virgin Atlantic pointed out that both the UK and US have world leading vaccination programmes which would allow travel to be opened safely.

In the US, 63.5 percent of adults have received at least one dose, while about half of adults – 139 million people have been fully vaccinated. In the UK, almost 68 million have received shots – more than 75 per cent of the country’s adult population. The CEOs urged both governments to take a data-driven and risk-based approach to re-opening borders to travel.

The participants were speaking after more than a year of travel restrictions and discussed the merits of having the US on the UK’s ‘green list’, meaning travellers from the US would no longer need to self-isolate on arrival in the UK, as well as the benefits that would arise from the US lifting the UK-related travel ban (the so-called 212(f) order)  to open up the transatlantic corridor for UK residents to enter the US.

As background, the participants quoted figures which say that UK businesses are losing £23 million each day that transatlantic links remain closed.  In 2019, 900,000 tonnes of cargo also travelled between the two countries.

Sean Doyle, Chairman and CEO, British Airways said:  “As President Joe Biden and Prime Minister Boris Johnson meet this week, they must address the transatlantic ban that is separating our two low-risk countries at a major cost to our citizens and economies. We urgently need them to look to the science and base their judgements on a proper risk analysis, allowing us all to benefit from the protection offered by our successful vaccine rollouts. In the UK this means making the traffic light system fit for purpose, including a pathway to restriction-free travel for vaccinated travellers, and getting rid of complexity surrounding ‘amber list’ countries, eliminating quarantine and reducing the number of tests passengers are required to take.

John Holland-Kaye, CEO, Heathrow said: “Connectivity between the UK and the US is one of the great engines of the global economy. The scientific data shows transatlantic travel and trade can be reopened safely and every day that policymakers delay puts jobs, livelihoods and the economic chances of hardworking folks across our countries at risk unnecessarily. We cannot continue to keep locked-up indefinitely. Politicians should seize on the successful vaccination programmes in our two countries to begin looking to a future where we manage COVID rather than letting it manage us.”

“As we see people reclaiming their lives and reconnecting with loved ones, it’s clear that the infection rates of our countries indicate an extraordinarily low risk to travel between the US the UK, provided travellers are vaccinated or can produce a negative PCR test prior to boarding a flight,” said Ed Bastian, CEO, Delta Air Lines. “Our modelling studies conducted with Mayo Clinic put the risk of transmission on a plane traveling between the UK and US at one in one million.”

“We’re proud of the measures American and others have taken to navigate the pandemic and ensure we deliver a safe, healthy and enjoyable experience for customers as they return to travel,” said Doug Parker, Chairman and CEO of American Airlines. “Reopening travel between the US and UK is a critical next step in both the travel industry and the global economy’s recovery. With vaccine availability continuing to expand, we know that our business and leisure customers are increasingly eager to cross the Atlantic, and we know that when they do, it will provide a major boost to the economies in the US, UK and around the world. We look forward to continuing to work with both governments as they make this important decision.”

“Throughout the pandemic, experts have encouraged governments, businesses and the public to follow the science,” said United’s CEO, Scott Kirby. “United and other airlines have done just that and implemented the necessary safety protocols to confidently re-open key international routes like the air corridor between our two countries. Programs like the trials of Covid-free flights between Newark and Heathrow and the US Department of Defense air filtration study conducted on board United aircraft not only contributed to the body of scientific knowledge, they have demonstrated the near non-existent rates of viral transmission aboard an aircraft. And now, through mobile app, travellers can upload verified test results and vaccine records before international travel. All this with the successful leadership of vaccination efforts by both governments, no interests are served by delaying re-opening of these essential air routes any longer. We are ready.”

Shai Weiss, CEO, Virgin Atlantic commented: “There is no reason for the US to be absent from the UK ‘Green’ list. This overly cautious approach fails to reap the benefits of the successful vaccination programmes in both the UK and the US. While transatlantic links with the US are restricted, it’s costing UK economy £23 million each day. We urge Prime Minister Johnson and President Biden to lead the way in opening the skies, making it a top priority at the G7 Summit. Customers, families and businesses need to book and travel with confidence. After 15 months of restrictions, the time to act is now.”

“The surge in travel in recent weeks has been remarkable as case counts fall and vaccination rates rise and we’re confident that demand for travel between the US and the UK would follow a similar recovery pattern with an established travel corridor between the two countries,” said Robin Hayes, Chief Executive Officer, JetBlue. “As international destinations have opened to travellers across our Latin America and Caribbean network and traveling has been made easier with fewer border restrictions, we’ve seen a notable uptick in the number of people flying to these destinations. Data has shown that people can travel safely when certain health and safety protocols remain in place and we believe the UK should implement revised border restrictions similar to those that have already been successful in many other countries.”

“The millions of travel-supported US jobs lost to the pandemic cannot be replaced without the return of international visitors, and the UK is our No. 1 overseas travel market,” said U.S. Travel Association President and CEO Roger Dow. “Advancing a science-driven approach to restart international travel is crucial, and a US-UK corridor is a logical place to start because of the two countries’ excellent records on vaccinations and declining infections, as well as their strong relationship.”

The group has encouraged the US government to consider lifting entry requirements for UK travellers who have provided a negative COVID test ahead of arriving in the US or are fully vaccinated or can present proof of recovery.

On the UK side, Prime Minister Boris Johnson was asked to consider removing the need for travellers returning to the UK from ‘green list’ countries to complete an expensive and time-consuming PCR test on their arrival, instead calling for lateral flow tests, used in care homes and schools, with only positive tests requiring a PCR test. 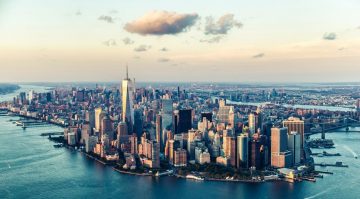 Features
When will travel resume between the US and UK?
10 Apr 2021
Loading...