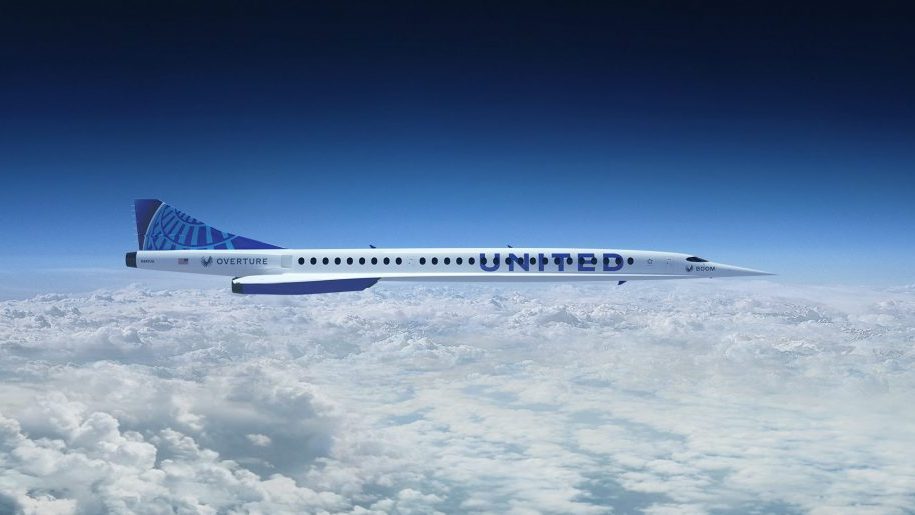 United Airlines has signed an agreement with Boom Supersonic to purchase 15 of the firm’s Overture aircraft.

The carrier said that the deal – which also includes an option for a further 35 aircraft – would see United purchase the aircraft “once Overture meets United’s demanding safety, operating and sustainability requirements”.

United is the first US airline to sign a commercial agreement with Boom Supersonic – the firm also has pre-orders from Japan Airlines and Virgin Group.

The news follows the recent closure of Aerion Supersonic, one of Boom’s main rivals in the race to launch commercial supersonic passenger flights for the first time since Concorde was retired in 2003.

United said that “Overture is expected to be the first large commercial aircraft to be net-zero carbon from day one, optimized to run on 100 per cent sustainable aviation fuel (SAF)”, adding that it would work with Boom to accelerate production of greater supplies of SAF. United recently announced plans to become carbon neutral by 2050.

Overture is currently slated to roll out in 2025, take flight in 2026, and carry passengers by 2029. The firm’s one-third scale XB-1 demonstrator aircraft rolled out in 2020.

The aircraft is designed to fly at speeds of Mach 1.7 – twice the speed of current commercial jets – which would potentially halve journey times on United routes such as Newark to London and Newark to Frankfurt to three and a half and four hours respectively.

“United continues on its trajectory to build a more innovative, sustainable airline and today’s advancements in technology are making it more viable for that to include supersonic planes.

“Boom’s vision for the future of commercial aviation, combined with the industry’s most robust route network in the world, will give business and leisure travellers access to a stellar flight experience.

“Our mission has always been about connecting people and now working with Boom, we’ll be able to do that on an even greater scale.”