The UK government has announced a trial allowing certain flights from red list countries to operate providing they arrive into dedicated terminals at Birmingham and Heathrow airports.

The news was announced as part of the government’s first review of the traffic light system, which saw Portugal removed from the green list, and seven countries added to the red list.

Last month Heathrow confirmed that its Terminal 3 would act as a dedicated facility for red list arrivals, with the service moving to Terminal 4 “as soon as operationally possible”.

In a statement the Department for Transport said “as part of a limited trial, from June 8, direct flights will be permitted to England from countries on the ‘red list’ that were previously subject to flight bans, so long as they arrive at dedicated terminals at Heathrow and Birmingham airports”.

“The requirement for these direct flights to arrive at dedicated facilities will help keep more red list passengers separate from others, helping to ensure they are processed as safely and efficiently as possible and then travel straight to their managed quarantine hotel and reduce queues at the border.”

It’s not clear which flights will be permitted as part of the “limited trial”, but Business Traveller has obtained the following statement from Birmingham airport’s CEO Nick Barton:

“As Birmingham Airport has done throughout this pandemic by accepting repatriation flights and facilitating life-saving cargo and medical services, it will join Heathrow Airport to become one of the UK’s designated red list arrival airports, continuing its effort to support essential air services for British nationals needing to return home.

“The health and wellbeing of our customers, employees and partners continues to be our highest priority and so arrivals from red list countries will be handled through a dedicated terminal. This will safeguard physical separation away from all other arriving passengers to ensure safety in order to support the Government’s managed quarantine process for red list passengers.

“Capacity through this dedicated terminal will be managed by staggering the arrival of red list flights to ensure passenger segregation. Customers arriving from amber and green list countries will arrive through a completely separate terminal.

“Working with control authorities and the Government, significant operational and capacity planning has been undertaken. Safety mitigations will continue to be managed to protect customers and airport personnel, through social distancing, enhanced cleaning, PPE, additional personnel and dedicated passenger routings.

“We have assurance from the Government that the Border will have sufficient cover to manage these red list flights as well as those arriving from other destinations into a separate terminal.

“Once processed at the Border, the Government’s managed quarantine service will transport passengers to dedicated quarantine hotels.

“Customers do not need to make any changes to their travel plans but we remind all passengers that they must have a negative PCR test before returning to the UK and are required to complete Government documentation.” 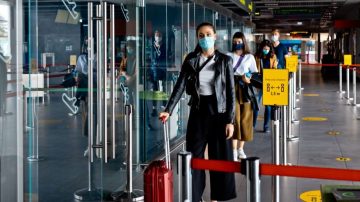 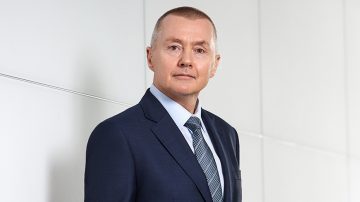