Loganair has announced a new route between the Scottish and Welsh capitals.

The five times weekly service will launch on August 2 using a 49-seater Embraer 145 jet, with the following schedules:

Loganair already flies to eight destinations from Edinburgh including Southampton, Newquay and the Isle of Man.

The airline said that the new Edinburgh-Cardiff service “represents the last major route to be restored by Loganair and other carriers, thereby bringing back the domestic connectivity lost when Flybe collapsed in March 2020”.

Stobart Air recently announced two new routes from Dublin and Belfast to Cardiff, operating on behalf of Aer Lingus Regional. Again both of these routes were previously served by Flybe.

Stobart Air adds routes from Dublin and Belfast to Cardiff

Commenting on the news Kay Ryan, Loganair’s chief commercial officer, said: “I know many of our customers – both business and leisure – have been waiting for this service to resume, and we are very pleased to be able to add Cardiff to our Edinburgh roster.

“Importantly, these services fill gaps left by the collapse of Flybe, with almost every lost domestic destination now being restored by Loganair and other carriers over the coming months.”

Earlier this month Loganair announced plans to operate its operate “biggest ever winter schedule”,  with a number of new routes which “could not be operated in 2020 due to the Covid-19 crisis”. 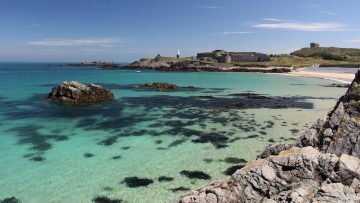