Ambassadors from the European Union’s 27 member states have backed plans to reopen their borders to countries with low infection rates, according to the BBC.

The European Commission set out proposals to ease restrictions on non-essential travel to the EU earlier this month.

The BBC reported that a ‘safe list’ featuring countries with a low risk of spreading the Covid-19 virus will be announced on Friday. To make the list, which is similar to the UK’s ‘green’ list, countries will need to prove an incidence rate of less than 75 cases per 100,000 people in the preceding 14 days.

Travellers from countries on this list will be able to enter the EU with documentation such as proof of a negative Covid-19 test or quarantine.

As it stands, there are only eight countries on the list, which include Australia, Israel, New Zealand, Rwanda, Singapore, South Korea, Thailand and China.

The ambassadors have also proposed that fully vaccinated travellers from non-EU countries should be allowed to enter, though member states would be able to decide whether they would lift travel restrictions (such as testing or quarantine) for this cohort.

According to Bloomberg, the US is likely to make the list due to the fall in cases recently as a result of vaccine progress. The UK would also fit the criteria, though there is ongoing concern about the spread of the Indian Covid-19 variant.

The proposals are expected to be approved later this week.

We welcome the @EUCouncil agreement on updating the approach to travel from outside the EU.

The Council now recommends that EU countries ease some of the current restrictions, in particular for those vaccinated with an authorised vaccine.@ChristianWigand ↓ pic.twitter.com/hCVKxe2Pw2

🇪🇺 Member States today endorsed the @EU_Commission proposal to update EU recommendations on travel from 3rd countries.
This gradually opens safe travel from and to the EU.
+ goes with adoption of the digital green certificate & gradual lifting of travel restrictions inside 🇪🇺 pic.twitter.com/st2S8TBDIP

Nonetheless, the EU’s digital green certificate is not yet operational, and airports and airlines have called for the certificate to begin being issued “by the end of June at the very latest”.

Meanwhile, the UK currently has a traffic light system for foreign travel, with just 12 destinations featuring on the ‘green’ list. Travellers arriving into England from these destinations will still have to take a test before they return, as well as on day two after their return, but they will not need to quarantine on arrival.

Heathrow airport has called for a significant expansion of countries included in the government’s green list and a “significant simplification of the ‘traffic light’ system” at the end of June, which would allow fully vaccinated people to travel without restrictions.

Portugal, Italy and Greece have dropped quarantine restrictions for British travellers, though Portugal is the only country currently featured on the UK’s ‘green’ list.

To mark the return of international travel this week, we flew with British Airways to Lisbon. Read about our experience travelling to a ‘green’ list country below:

News
EU to open up to international travellers
4 May 2021 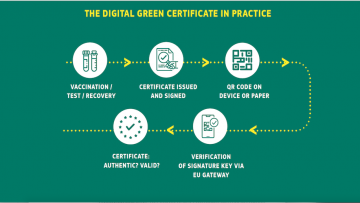