UK rail disruption expected to last for some time

Readers cannot fail to have heard about the major disruption caused by issues with Hitachi trains.

Today the train manufacturer issued a statement explaining what had gone wrong.

🇬🇧 An update from our team – we thank passengers for their ongoing patience pic.twitter.com/noVnoHBxQQ

Rail engineer Gareth Dennis explained on LBC 97.3 last night that the issue was with the jacking points and the minute cracks which had appeared.

Mr Dennis said any repair would not be as easy as it was not a simple matter of welding. It would also involve dismantling the train’s electronics which then would have to be refitted.

Modern trains like these Hitachi units are complex compared to the 40-year old diesel trains they replace.

The big question is why GWR is affected more than LNER.

Cancellations to GWR services – Monday 10 and Tuesday 11 May.

⚠️ Customers are advised not to travel ⚠️

For essential travel only please check your journey on the day at https://t.co/nWtsIoe1eP

Full refunds will be provided. pic.twitter.com/lqt62C77f4

It’s because GWR relies solely on these Hitachi 800 trainsets for mainline operation.

By contrast LNER still retains a number of conventional electric loco-hauled trains which can operate over much of its network.

RAIL’s Richard Clinnick reports that today GWR has a mere three sets running out of London and these are five-car sets so would not have the passenger capacity of the longer units.

We’re working round the clock on this situation and once again I apologise for the disruption if your journey with LNER is affected https://t.co/xSp21DLIWi

LNER still had some of its older loco-hauled sets which can replace its Azumas (these are similar to GWR’s 800s) but the former are electrically powered hence they cannot run north of Edinburgh.

Yesterday it was reported that the issue had spread to Scotland where some Hitachi trains (a different model to those operated by GWR/LNER) have been removed from service for checks.

Today the railway press reports that inspection revealed cracks in a number of Scotrail’s trains.

However a normal Scotrail service is operating today albeit by deploying shorter trains.

Two other operators, TransPennine and Hull Trains, have checked their Hitachi fleets.  Their services continue as normal.

This is clearly a fluid situation. Readers  planning to travel with any of the above operators in the coming days must check with the train company for the latest news before setting off. 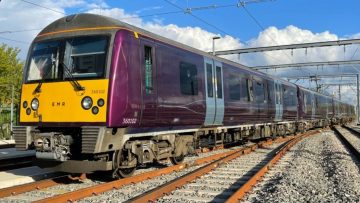 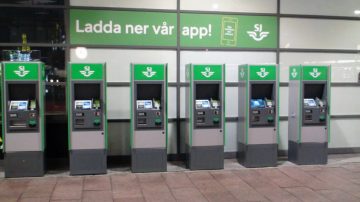