Anyone reading the recent news in some media could be forgiven for believing France has banned all domestic flights.

Not only is this untrue, but this development in France, which affects specific flights only, is old news – we first reported on it in May 2020.

As we reported here, the restriction does not apply to connecting flights.

Although Air France no longer sells tickets from Lyon to Paris Orly it continues to sell point-to-point tickets for Lyon-Paris CDG (at the time of writing).

In July as many as seven Air France flights a day will be plying this route.

So one can still fly Lyon-Paris provided CDG is used rather than Orly.

This is all the more surprising when you consider the same route is served by SNCF’s TGVs.

Now Allrail (which represents rail new entrants) tweets that it wants France’s time limit to be extended to four hours and, even more controversially, it wants air to surrender to rail on short international flights.

France has banned flights on routes that trains cover in 2.5 hours

But we should be more ambitious: this should happen on ALL routes (domestic & cross-border) that trains reach in 4 hours or less AND when there are night trainshttps://t.co/LQG3o1k4fJ pic.twitter.com/Pn2fcIsLDO

One wonders whether or not Allrail understands commercial aviation or even if they believe Eurostar or Schiphol’s train station could cope with the three million air passengers who (pre-Covid) travelled Amsterdam-London.

Loading comments...
Read Next
The St. Regis Dubai, The Palm to open in May 2021
Read Previous
LOT Polish to serve Dubai from September 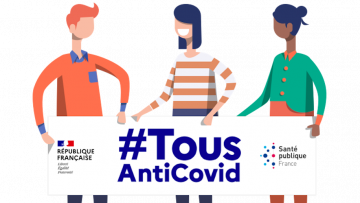