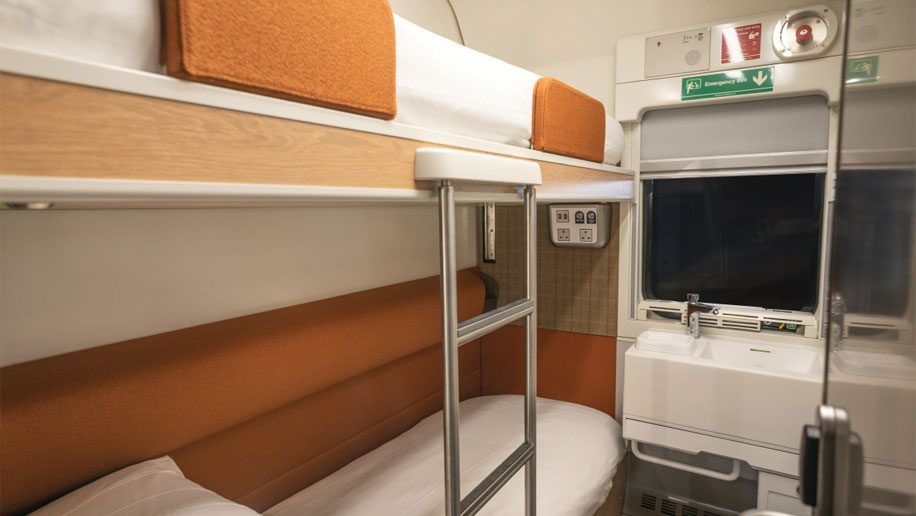 Some of you will recall Nightstar which was intended to operate direct overnight trains from the London, the regions and Scotland to mainland Europe.

Sadly I believe this will not happen for numerous reasons which are too complex to discuss here.

More realistic is the idea of using Eurostar (when its services return to normal) with a transfer either in Brussels or London.

EU transport expert Jon Worth suggests it would be better to use Eurostar to Brussels and connect there with one of several night trains which either operate now or are planned for the future.

However there would need to be proper ticketing, fares and transfer arrangements between the operators to make this plan succeed.

What about Scotland to mainland Europe?

According to a report North of the border the SNP proposes a link between Eurostar and Caledonian Sleeper be established in London.

On the surface this seems a good idea. Until you remember that two London termini are involved.

Why can’t our sleeper use Kings Cross which lies next to St Pancras?

It’s because of platform length. Caledonian Sleeper is probably the longest passenger train to operate in the UK. It fits Euston but not Kings Cross.

The UK’s issues are not found in mainland Europe. Plans are afoot for Nightjet expansion in the years ahead.

However glance at OEBB’s Nightjet network and you will see the UK omitted.

EU expert Jon Worth has compiled a detailed diagram which shows how it is impossible (at the present time) to operate direct international night trains to London.

… explaining that the only way I can – with a diagram! pic.twitter.com/wuiB9DWLTl