The UK government’s Global Travel Taskforce has published its framework for a return to international travel, including the much-trailed ‘traffic light system’ for destinations.

The ‘green’, ‘amber’ and ‘red’ categories will be based on factors including the percentage of the destination’s population which have been vaccinated, the rate of infection, the prevalence of variants of concern and the country’s access to reliable scientific data and genomic sequencing.

The government said it was “too early to predict which countries will be on which list over the summer”, with plans to publish details by early May, as well as confirming at that stage whether international travel can resume from May 17.

The framework includes the introduction of a traffic light system as follows:

There will also be a “green watchlist”, identifying countries at most risk of moving from green to amber, which the government said would “provide greater assurance for those who wish to travel abroad”.

However the government at the same time warned that it would “not hesitate to act immediately should the data show that countries risk ratings have changed”.

The Philippines, Pakistan, Kenya and Bangladesh were recently added to the UK government’s ‘red list’, taking the number of destinations on the list to nearly 40 countries.

The government also said it would work with the travel industry and private testing providers ahead of international travel reopening, “to see how we can further reduce the cost of travel for the British public, while ensuring travel is as safe as possible”.

It added that this “could include cheaper tests being used when holidaymakers return home, as well as whether the government would be able to provide pre-departure tests”. PCR tests currently cost in the region of £100 per person.

Plans would see the removal of the permission to travel form, meaning passengers would no longer need to prove they have a valid reason to leave the country.

This week British Airways’ CEO Sean Doyle joined calls from the heads of Virgin Atlantic and Heathrow airport to reopen transatlantic routes, stating that “Not opening up the UK economy [to the US] is costing the UK about £32 million per day, and means we are missing out on one in ten business trips”.

The government said that any restrictions would be formally reviewed on June 28, 2021, “to take account of the domestic and international health picture, and to see whether current measures could be rolled back”. Further reviews would then take place no later than July 31 and October 1, 2021.

The framework also says that the UK “will also play a leading role in the development of international standards around a digital travel certification system”, with the Department for Transport considering “the role certification could play in facilitating outbound travel, for those countries which have systems in place”.

At the same time work will continue “to develop a system that would facilitate travel certification for inbound international travel”.

Several digital health apps or so called “vaccine passports” are currently being trialled by carriers worldwide – for more information see:

It was also announced that passenger locator forms will be digitised and integrated into the UK border system, enabling checks to take place at e-gates by autumn 2021.

And the Civil Aviation Authority is to be given additional enforcement powers to act on airlines that have breached consumer rights – with a Covid-19 charter set to be introduced from May 17, 2021, “clearly setting out what is required of passengers and what their rights are while measures remain in place”.

“International travel is vital – it boosts businesses and underpins the UK economy – but more than that, it brings people together, connects families who have been kept apart, and allows us to explore new horizons.

“The framework announced today will help allow us to reopen travel safely and sustainably, ensure we protect our hard-won achievements on the vaccine roll out, and offer peace of mind to both passengers and industry as we begin to take trips abroad once again.”

“Today’s report from the Global Travel Taskforce is yet another hammer blow to the business travel industry.

“Whilst we welcome the acknowledgement of the importance of business and leisure travel to the UK economy, this theoretical framework provides no more certainty than the Prime Minister’s brief comments on Monday.

“The traffic light system is something we have long campaigned for. However, it is only one piece of the jigsaw if the aviation, business, and leisure travel industries are to survive.

“We urgently ask the Government to at the very least maintain the current furlough scheme until September for the entire travel supply chain. This will hopefully enable us to contribute to UK plc as soon as it is safe to do so.”

“The travel industry now has a much-needed framework for the restart of international travel and it is good to see Government maintain its ambition for overseas travel to start from 17 May if the circumstances allow.

“While the framework isn’t perfect – the requirement for a PCR test when you arrive back from a green list country could prove a cost-barrier for many people – we welcome the fact that the Government commits to engaging with industry on this issue.

“Small changes, like requiring a PCR test only if the individual gets a positive result from a lateral flow test, would make international travel more accessible and affordable whilst still providing an effective mitigation against re-importation of the virus.

“The Government should also consider whether those who have been vaccinated can be exempt from testing requirements, should scientific evidence suggest reduced transmissibility.

“Given that the summer season is a short window, which is critical for the survival of many travel companies, it is important the Government regularly reviews the green list, ensuring that those countries which meet the criteria are added as soon as possible. Closing off destinations unnecessarily will significantly affect the industry’s opportunity to recover this summer.

“We also need to hear more from Government on their plans to provide targeted ongoing support for travel businesses, as it is clear the recovery of the sector will be gradual.” 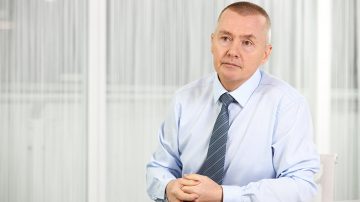 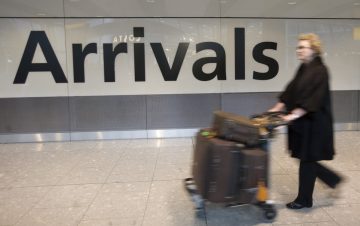