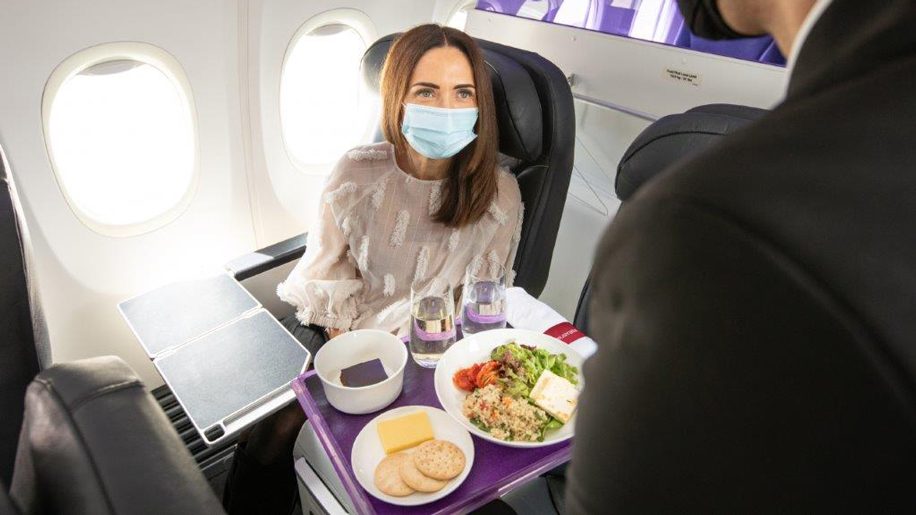 Virgin Australia has unveiled its new business class menu, while paring back its complimentary catering in economy class.

Main courses range from smashed avocado and crumbled feta on sourdough for breakfast, to haloumi and quinoa salad for lunch, and lamb and rosemary pie for dinner. Virgin will also offer a selection of Australian beer and wine, as well as soft beverages.

However, the carrier said it will simultaneously cut back on complimentary snacks in economy class and instead feature a buy-on-board menu. Virgin’s offering will initially feature snacks such as cheese and crackers and cup noodles, as well as alcohol for purchase, before rolling out a more extensive selection later in the year.

It will continue to serve complimentary tea, coffee, and water, in economy class and honour the snack perk for eligible travellers who booked prior to March 25. 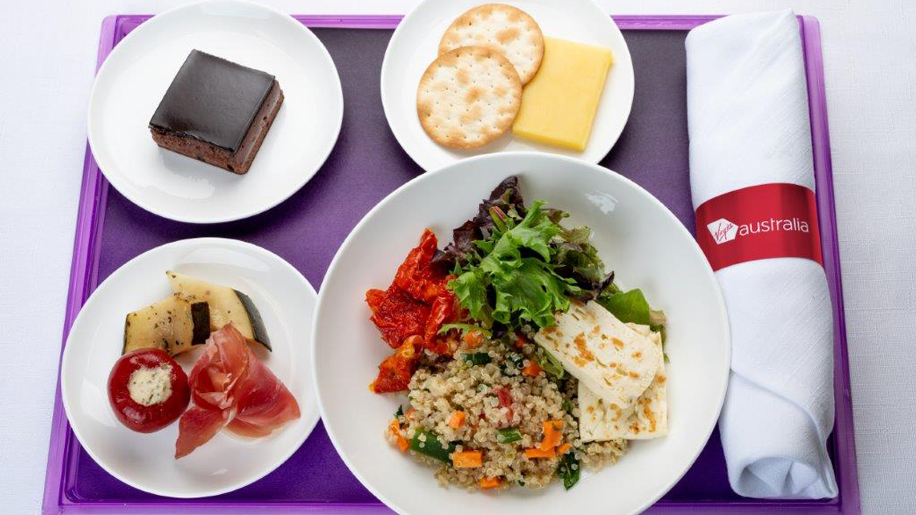 “We’re continuing to write a new chapter at Virgin Australia and we’re incredibly focused on creating great experiences for our guests. Today we’ve delivered an exceptional business class product and more choice and value for economy guests that we know they’re going to love.

“The launch of our new business class food experience and a commitment to reduce airfares even further by the middle of this year, is a really great example of just how irresistible it is to fly with Virgin Australia.

The airline added that business class fares were reduced by up to 20 per cent in November when it relaunched as a mid-market hybrid carrier. Virgin said that by removing economy class snacks “that aren’t valued by our guests”, it would be able to offer even lower fares.