In its latest advisory, the Directorate General of Civil Aviation (DGCA) has announced the extension of the ban on scheduled international commercial passenger services to and from India until April 30, 2021.

“In partial modification of circular issued dated 26-06-2020, the competent authority has further extended the validity of circular issued on the above subject regarding scheduled international commercial passenger services to/from India until 2359 hours IST of April 30, 2021,” reads an official notification titled ‘Travel and Visa restrictions related to Covid-19’, by DGCA.

The circular also however stated that international scheduled flights may be allowed on selected routes by the competent authority on case to case basis.

Loading comments...
Read Next
Arunachal Pradesh's Holongi Airport to get a facelift
Read Previous
Video: final A380 takes flight ahead of delivery to Emirates 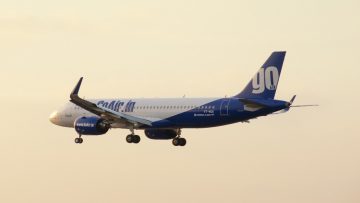