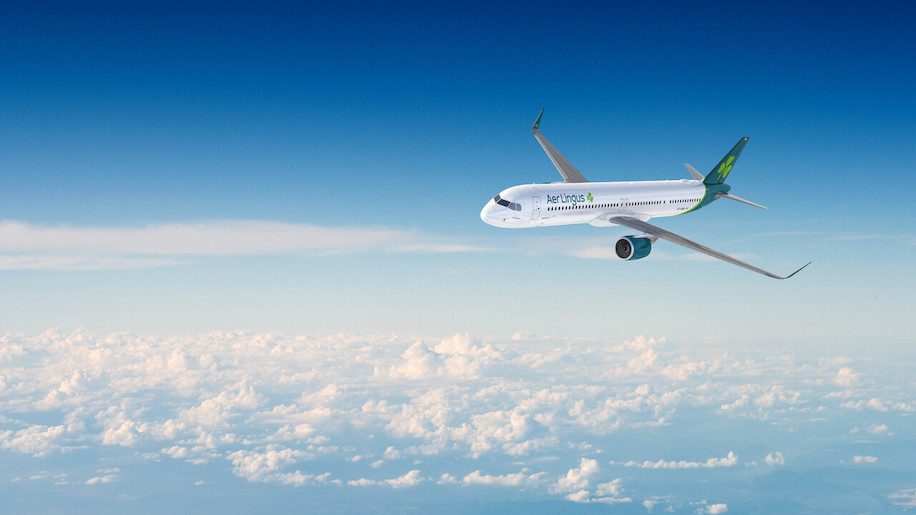 Aer Lingus has announced the launch of direct transatlantic services from Manchester to New York JFK, Orlando, Barbados and Boston.

This marks the airline’s first direct connections from the UK to the US and the Caribbean. We previously reported on the airline’s potential to launch such services in November last year, after the airline secured over 1,500 slots at the airport for summer 2021.

The airline will begin flying to New York JFK and Orlando from July 29, and to Barbados from October 20. This will be followed by a route to Boston in summer 2022. Aer Lingus currently flies to Dublin and Belfast from Manchester, with flights to Cork set to resume this summer.

Aer Lingus also revealed that it will become the first airline to operate the new A321LR aircraft between the UK and the US, with flights to New York JFK and Boston operated by the single-aisle aircraft. Meanwhile, services to Orlando and Barbados will be operated by larger A330-300 aircraft.

Fares for the summer period start from £199 each way as part of a return journey. See more information about the routes here and further fares below:

Additionally, the New York JFK and Boston services will provide connectivity to 58 destinations including Las Vegas, Nashville and Jamaica. Customers will also be able to connect to San Jose, Bermuda and Dallas for the first time from Manchester.

“We are delighted to offer high-quality, direct, non-stop, business and leisure travel options, at very reasonable prices for travellers and holidaymakers across the North of England.

“Aer Lingus has been flying to North America for more than 60 years and we also have a proud history with Manchester Airport.

“With so many people missing out on travel due to Covid-19 over the past year, Aer Lingus is delighted to be sharing this positive news today, announcing a great choice for customers and creating up to 120 jobs in the North of England.

“We believe our transatlantic offering is one of the best in the marketplace comprising both business and economy cabins.

“Equally our operation of the new and innovative Airbus A321LR aircraft marks a further milestone as Aer Lingus will be one of the first carriers to fly the aircraft between the UK and the US. We look forward to commencing our transatlantic services this summer.”

“These routes will be a great addition to the departure boards here at Manchester as we look forward to restarting international travel.

“Pre-pandemic there were more than 5.5 million passengers who crossed the Atlantic each year via Manchester and so to be able to offer these services with a new carrier is great news. In addition, Aer Lingus commitment to the UK’s northern gateway results in the creation of 120 much-needed jobs.

“Aer Lingus’ commitment to these new services will be a real boost for those passengers we know are keen to start travelling as soon as the current restrictions can be lifted. This demonstration of pent-up demand is another reason why it is more important than ever that the Government develops proposals to restart travel that are clear, uncomplicated and affordable. We eagerly await the findings of the Global Travel Taskforce in April.”

The airline recently extended its ‘Book with Confidence’ offer until December 31, 2021, allowing customers to change their flights up to two hours before they are due to depart with no change fee. The offer is available on all fare types and customers can change their bookings as many times as they like.

At the end of last year, the US Department of Transportation (DOT) granted final approval for Aer Lingus to join the existing transatlantic joint venture with American Airlines, British Airways, Finnair and Iberia. The decision provides antitrust immunity for the Irish carrier to cooperate within the so-called ‘Oneworld Transatlantic Joint Venture’, on network planning, pricing and sales activities.