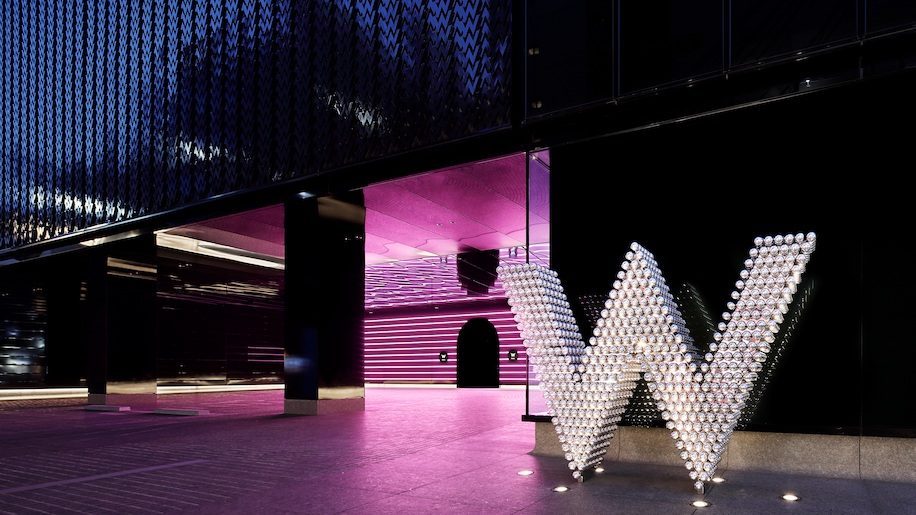 Marriott has debuted its W Hotels brand in Japan, with a new property in Osaka.

The W Osaka is located on the city’s Midosuji Boulevard, within a building designed by Osaka-born architect Tadao Ando. The minimalist black monolith façade is designed to conceal the colourful interiors by Amsterdam-based studio Concrete – the creative brains behind the W London and W Verbier in Switzerland.

Marriott describes the design concept as paying homage to the Edo period, during which “excessive displays of wealth were prohibited, and merchants were said to have dressed modestly in public” but opulently in private.

Upon entering the hotel, guests will be greeted by an illuminated tunnel inspired by the Japanese art forms of origami and kirigami, with images of nature and seasons reflected on the walls. Additionally, each alternate floor features either pink or blue colour schemes and neon lights to represent Japan’s cherry blossoms and Osaka’s azure oceanside.

Meanwhile, the 337 rooms and suites feature bright spaces, clean lines and bold colour schemes, drawing inspiration from Osaka’s streetscapes. Rooms include floor-to-ceiling windows with views of the skyline, spacious bathrooms with rain showers and “luxe amenities to retreat and recharge”. Within the wardrobes, there is a graphic depicting the city’s famous landmarks by pixel art group eBoy.

The hotel also boasts a 27th floor penthouse suite with features including artwork by Dutch textile artist Sigrid Calon, a bathtub designed to resemble a champagne bucket, and a built-in DJ booth which the group states is the “first of its kind in a hotel room in Japan”. 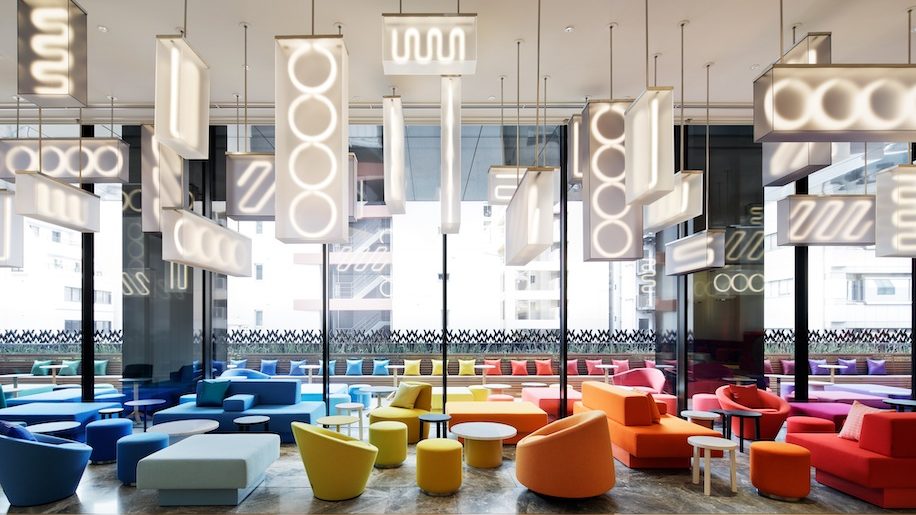 The hotel’s third-floor Living Room – W’s take on the lobby – features vivid colours and a design of Kawaii Kokeshi wooden dolls. The space will host events such as standup comedy and DJ sets, and serve cocktails and the hotel’s own private-label champagne.

Further facilities include a 24-hour fitness centre with a yoga room, an indoor pool with an LED ceiling, and a spa with five treatment rooms, all of which are located on the fourth floor. There are also four event and meeting spaces, including a ballroom.

“Osaka’s mix of culture and bold, high-energy lifestyle makes it the ideal setting for the debut of W Hotels in Japan. We are excited to once again be partnering with Sekisui House to welcome W Osaka to the luxury hospitality landscape here, and know international travelers and locals alike will be drawn to the hotel and its playground of possibilities.”

“The energy and eclecticism of Japan, particularly Osaka, make it the perfect backdrop for a W hotel. From unforgettable dining experiences and live music sets to the thoughtful design rooted in the history and culture of the city, W Osaka is a destination within a destination where international jetsetters and local tastemakers meet and make magic.”

The W Hotels brand currently has 59 properties open with another 35 in the pipeline – forthcoming destinations include W Edinburgh, W Gramado and W Playa del Carmen. 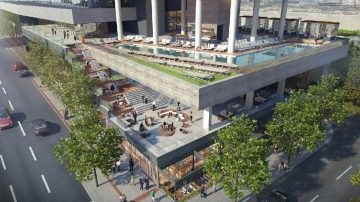 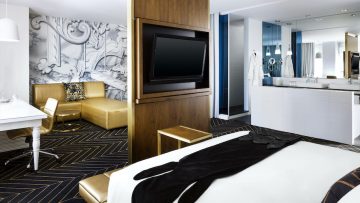 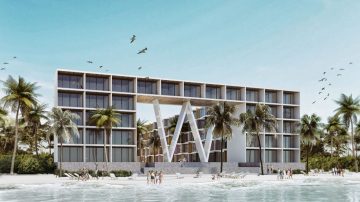 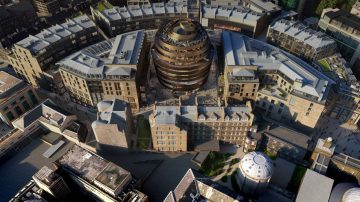