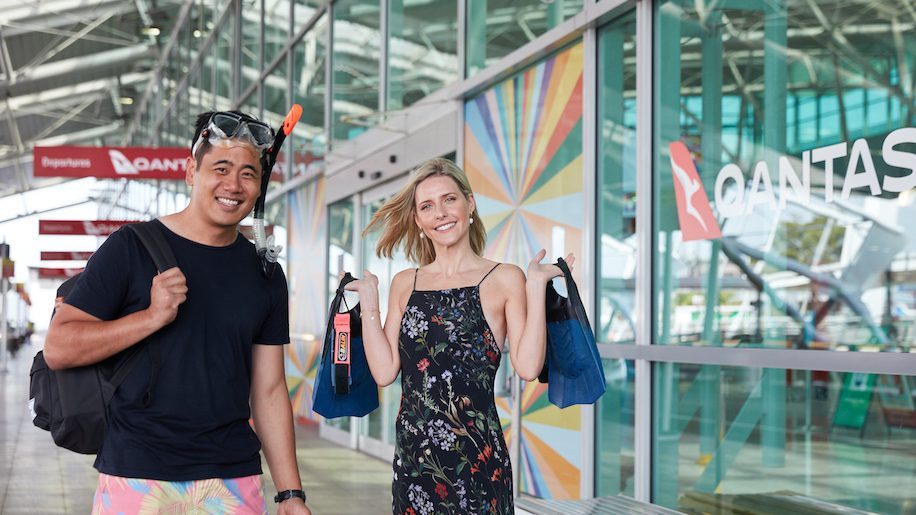 Qantas has announced a series of mystery flights to boost domestic tourism amid the ongoing international travel ban.

The Australian carrier plans to operate three flights for travellers, with passengers unaware of the destination when boarding. The national carrier last operated day-trips of this kind in the 1990s, and has brought them back to cope with the downturn in travel due to the Covid-19 pandemic.

Passengers can book online from March 4 for travel this month or in April and May. The flights will be operated by B737 aircraft and depart from Brisbane (March 27), Sydney (April 18) and Melbourne (May 1) to a destination within approximately two hours.

Provided that weather conditions and air traffic control allows, there will be low-level scenic flybys of key landmarks en route. The three flights will also operate with net zero emissions, with 100 per cent of emissions carbon offset.

The all-inclusive experience will include an entire day of activities in the destination, with examples including a winemaking course in an Australian wine region and a gourmet lunch with musical entertainment on a tropical island.

The airline has provided customers with clues for each mystery adventure to assist with their choice and pre-flight packing. The adventure from Brisbane promises “country hospitality, gourmet food and wine, and the great outdoors”, while Sydney guarantees “the tropics, salt water on your skin, and long lunching on the beach”. Finally, the trip from Melbourne is for those who love “the great outdoors (including a little walking), gourmet food and wine, and regional farmers markets”.

Fares cost $737 for economy and $1,579 for business class and include meals and alcoholic and non-alcoholic beverage plus the aforementioned activities on the ground.

This is the airline’s latest initiative to boost revenue during the pandemic. Last year, the airline launched ‘flights to nowhere’ when domestic border closures were at their peak, with tickets selling out in ten minutes. It later offered ‘flights to somewhere‘ during the initial reopening of domestic travel last year.

This news comes after the government announced that Australia’s international travel ban would be extended until June 17, while Qantas has said that it plans to resume international flights by the end of October 2021.

“Our customers tell us that where they can and can’t travel within Australia has been a bit of a mystery lately.

“The vaccine rollout is bringing a lot more certainty and domestic border restrictions should soon be a thing of the past. In the meantime, these flights turn that mystery into a positive by creating a unique experience for the many people keen to start travelling again.

“As well as helping bring more of our people back to work, these mystery flights are another way to support tourism operators in regional areas especially, who have been hit particularly hard by several waves of travel restrictions.”