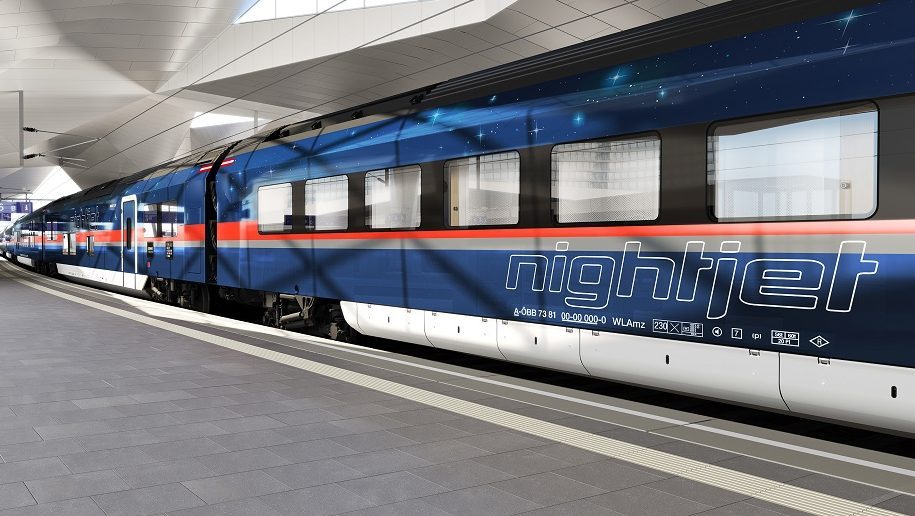 Over the months readers will have seen our reports about the next generation of Nightjet trains.

Finally both manufacturer Siemens and Austria’s OEBB have unveiled the new rolling stock.

However be prepared for a disappointment.

The latest Nightjet rolling stock is undoubtedly smart and state-of-the art but that on display at Simmering (Vienna) was empty. It was devoid of any accommodation which is what would be of interest to most people.

I say that because the next generation will offer accommodation suitable for the needs of today’s rail traveller.

The major difference (compared to todays sleeper trains) is that the couchette cars will comprise ‘mini-suites’ affording more privacy for lone travellers.

Sleeping cars will come with standard berths, and deluxe compartments with en suite shower and toilet.

This OEBB tweet from 2019 provides examples of what to expect.

The first fitted-out coaches will be delivered to OEBB next year.

Service entry is planned for December 2022 and initial routes will be from Vienna and Munich to Italy covering destinations like Milan, Venice and Rome.

Italy was chosen as the launch destination because of the country’s new fire safety standards.

Readers of recent rail articles in Business Traveller will know that sleeper train profitability is difficult for various reasons.

These include the cost of rolling stock, its poor utilisation, low passenger numbers (per train), high staffing costs plus operational complexities.

Hence what OEBB is doing now, and what it will do in the future with Nightjet, suits the EU’s green agenda which calls for an expansion of sleeper services throughout mainland Europe by the national operators.

Perhaps as a riposte to the use of national rail operators the ALLRail Alliance of Rail New Entrants said:

Other operators could be offering a much better night train product for Europe if they also had access to €1 billion taxpayer subsidy per year https://t.co/MMMPdavfaT

Long in decline, sleeper trains are seeing a revival and especially during Covid-19.