UK hotel quarantine set to come into force on February 15

Reports suggest mandatory hotel quarantine for UK residents and Irish nationals arriving into the UK from “red list” destinations will come into force on February 15. Non-UK travellers are currently banned from visiting the UK from these countries.

The BBC says it has seen documents stating that the government is planning for more than 1,000 UK residents a day returning from such destinations, with “thousands of hotel rooms” being block-booked.

The government first announced plans for hotel quarantine last month, and has been under pressure to provide more details on the measures.

The BBC report suggests travellers will have to stay in hotel rooms for ten nights, “with security accompanying them if they go outside”.

Hotels are understood to be being block booked at or near hotels at airports including Heathrow, Gatwick, London City, Birmingham, Bristol, Manchester, Edinburgh, Glasgow and Aberdeen.

The BBC says that the government is working “at pace” to secure rooms, and has had discussions “with more than 60 companies in the hotel and travel industries”.

Documents seen by the broadcaster state that hotels will have to agree to have their premises used solely by quarantining travellers, and will have to work with government-approved security staff, who will patrol inside and outside the properties.

Quarantined travellers will be served three meals a day in their rooms, with hot and cold options, the report states.

It’s not yet clear how travellers will book such hotel stays, or what costs will be involved. Business Traveller will report further as more details are made available. 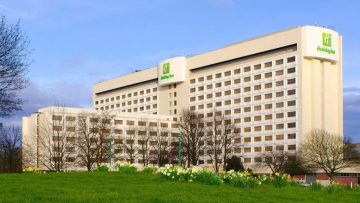