Paris to transform Champs-Elysées into an "extraordinary garden"

France’s famous tree-lined Champs-Elysées avenue is set to be become an “extraordinary garden” by 2030, the mayor of Paris has announced.

Mayor Anne Hidalgo told the Journal du Dimanche newspaper that she has approved a €250 million project to transform the 1.9km Parisian avenue into a green pedestrian-friendly space.

The news has been welcomed by the Champs-Elysées committee, an organisation which has been campaigning for a major redesign of the area since 2018. The committee, made up of local community leaders and businesses, invited architect Philippe Chiambaretta and his firm PCA-Stream to draw up designs for the transformation of what is often referred to as “the world’s most beautiful avenue”.

The plans were first revealed in 2019, with proposals including the reduction of space for vehicles by half, the transformation of roads into green areas for pedestrians, and the creation of tunnels of trees to improve the air quality of the area.

The transformation will be carried out in stages, beginning with the redevelopment of the Place de la Concorde square at the south-east end of the avenue. This is set to be completed by the time that the city hosts the Olympic Games in 2024; the rest of the avenue is expected to be renovated by 2030.

Welcoming the news, the committee stated:

“The legendary avenue has lost its splendour over the past 30 years. It has been progressively abandoned by Parisians and has been hit by several successive crises: the gilets jaunes, strikes, health and economic crises etc.”

According to research carried out by PCA-Stream, two thirds of all pedestrians along the avenue are tourists. Parisians amount to just five per cent of pedestrians, with locals avoiding the area due to factors including overtourism, traffic, and high levels of pollution.

The promenade was originally laid out in the 17th century by André Le Nôtre, a landscape designer for Louis XIV. The avenue has since been the site of celebrations including the 1944 liberation from Nazi occupation, and is used as the route for the annual Bastille Day military parade and the finishing point for the Tour de France. In recent years, it has also been at the centre of the gilets jaunes demonstrations.

The city is also set to regenerate the area surrounding the Eiffel Tower, with Hidalgo telling the Journal du Dimanche that the Champs-Elysées project is one of many planned to transform the city “before and after 2024”. 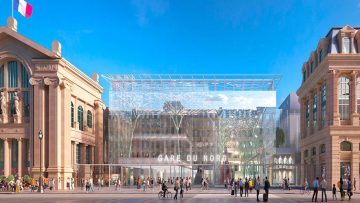 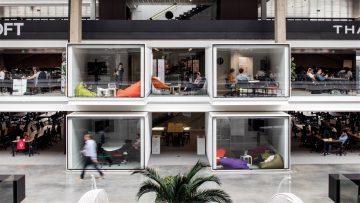