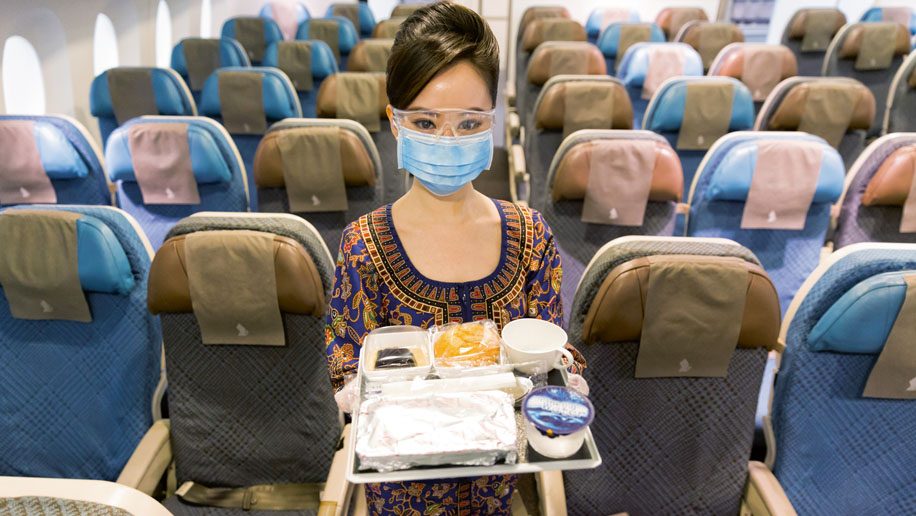 Singapore Airlines is taking precautions to the next level by asking flight crew to wear tracking devices, reports the Straits Times.

During layovers outside the Lion City, the location trackers will ensure crew members keep to their hotel rooms and do not physically interact with one another.

On top of social distancing in layover hotels, the Star Alliance carrier also requires cabin crew to wear goggles and remain in their assigned work areas while inflight, according to the Straits Times.

Routes originating from high-risk locations such as London are subject to additional precautionary measures. This includes the use of N95 masks and protective gowns, as well as a requirement to test negative thrice upon return to Singapore.

“We remain guided by the authorities and will work closely with them to make adjustments, if necessary, in order to ensure the health and safety of our staff and customers during our flights,” a SIA spokesperson told Business Traveller.

“All crew are required to stay in their hotel rooms during the layover period, and they need to wear devices that track their location to ensure that they comply with this regulation. They are not allowed to physically interact with each other during this time.”

International flight crews have come under intense scrutiny following a series of mishaps across carriers. Due to the nature of their jobs, crew members are generally subject to looser rules than the travelling public.

In Australia, 13 crew members from South America’s LATAM Airlines flouted quarantine guidelines to visit public venues across Sydney during a layover last month. They were subsequently issued penalties, and tougher restrictions have been imposed on all inbound international crew, according to the Sydney Morning Herald.

Taiwan also reported its first local case in over 250 days after a now-fired EVA Air pilot was found to be the source just before Christmas. Quarantine periods on the island have since been increased to seven days for flight crew, up from the previous three days for pilots and five days for flight attendants, according to Taiwan’s Central News Agency.