Study suggests virus can be transmitted during long-haul flight 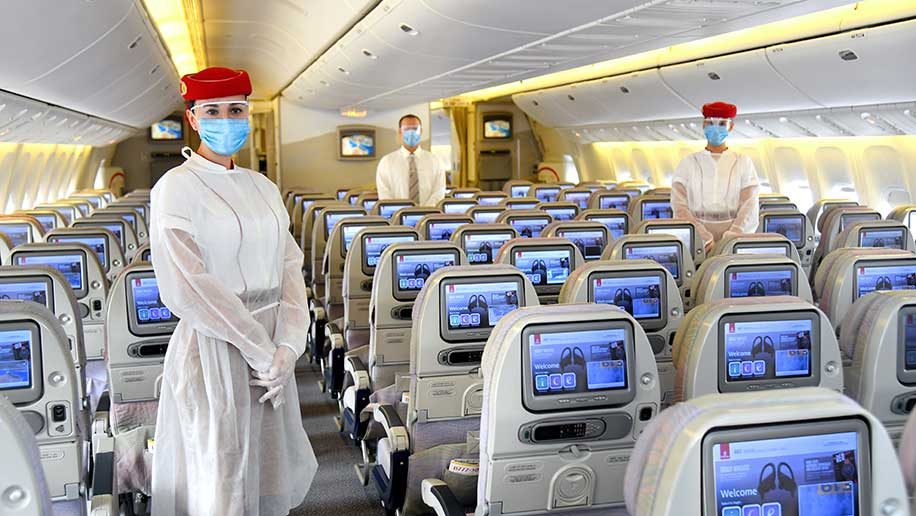 For frequent flyers – and those who simply want to go on holiday – there was bad news over the weekend. New Zealand’s Institute of Environmental Science and Research released research about a flight which took place at the end of September, “A case study of extended in-flight transmission of SARS-CoV-2 en route to Aotearoa New Zealand”

The study investigated an Emirates flight (EK348) operated by a B777-300ER which originated in Dubai and went via Kuala Lumpur, arriving in New Zealand on 29 September. The Kuala Lumpur stop was for refueling and no passengers got on or got off during the two hour stop.

New Zealand has a 14-day quarantine period for those arriving in the country. This managed isolation and quarantine (MIQ) includes mandatory testing for Covid-19.

Seven people subsequently tested positive during their stay in MIQ (out of 86 passengers).

The seven passengers originated from five different countries before travelling on the flight from Dubai to Auckland. These seven cases were found to have been seated within four rows of each other during the approximately 18-hour flight.

The study looked at “their journeys, disease progression and virus genomic data was used to assess possible points of infection” and concluded that “at least four in-flight transmission events of SARS-CoV-2 likely took place”.

The research is important because it contradicts previous research which concluded that flying is safe, although it should be noted that it is reported in the study that mask use was not mandatory on the flight, and it appears that although some of those who tested positive wore masks, some did not. This is contrary to the advice on the Emirates web site, which says “You must wear a mask throughout Dubai International airport, during boarding, throughout your flight, and as you leave the aircraft.” Business Traveller  contacted Emirates for a comment about this discrepancy.

The New Zealand study risks undermining the attempts of airlines to restart travel by promoting pre-departure testing as a replacement for quarantine.

United Airlines and Lufthansa have both operated’Covid-19 free’ flights in the past week, and British Airways, American Airlines and the airline alliance oneworld are starting their testing trial this week.

At the launch of the testing trial, the Chief Executive Officer of British Airways, Sean Doyle was asked if it was likely that someone might be infected on board. Doyle said he thought it was unlikely, citing IATA research and said

Supporters of testing rather than quarantine will point out to the lack of face masks use on the flight, its extreme length and the fact that not all passengers had undergone pre-flight testing, although five out of the seven had.

The study can be downloaded from the Journal’s website at this link.

News
Coronavirus: What are airlines doing to protect travellers?
2 Mar 2020