Aviation tax returns to The Netherlands

Air passenger tax will return to The Netherlands next year.

Euractiv.com reports that the tax will be set at Euros 7.45 per person.

It is unclear whether a lower rate will apply to children. Neither is there an exact date for the tax’s introduction in 2021.

Readers with long memories will recall that The Netherlands had a similar tax some 12 years ago, as we reported at the time.

Back then the tax proved unpopular with both travellers and Amsterdam Schiphol (the nation’s main airport), which claimed it was harming The Netherlands’ economy as business was moving to airports in neighbouring countries.

It was dropped the following year in 2009.

When I wrote about the airport in 2010, it was still recovering from a drop in passenger traffic.

The economic situation at that time, post-2008 financial crash was partly to blame, but so was the tax.

The airport told me that many flyers had deserted Schiphol and that the Dutch government lost more revenue than it gained. “Schiphol lost an estimated 1.3 million passengers as a result of the eco tax,” an airport spokesperson told me. “We hope people will return with the ending of this tax.”

However, now in 2020 we are now in different times.

As well as raising money for the governments, these taxes sit well with the EU’s green agenda. Germany was using revenue from its higher aviation taxes to reduce the VAT it was charging (as much as 19 per cent on mainline ICE trains) for rail tickets.

It is important to note that, as in the case of Germany, The Netherlands’ forthcoming aviation tax will not apply to transit passengers.

This is vitally important for The Netherlands because its national airline KLM has a business model built around transfer or sixth freedom passengers.

Without the latter KLM would be unable to fuel its global network.

However, these aviation taxes remain below the level of our Air Passenger Duty, which the government has said it will again raise in 2021. 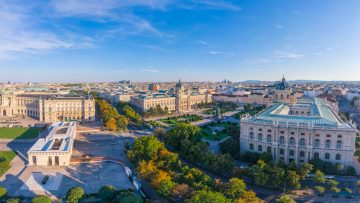