Iberostar aims for carbon neutrality by 2030 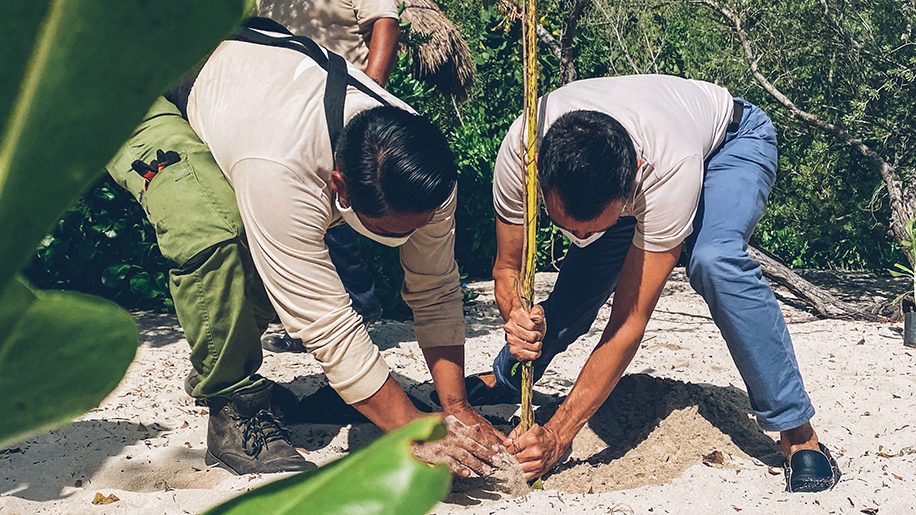 The scale of the hotel’s task is laid bare with its disclosure of its carbon footprint, which in 2019 was 230,000 tonnes of greenhouse gasses, of which 75 per cent were scope 1 and 2 emissions totalling 172,500 metric tons.

The company estimates emissions per hotel will decrease by 2030 as a result of increased efficiency and by using renewable energy, but offsetting will be needed to reach neutrality, namely through restoring up to 560,000 mangroves in its destinations

Some 80 per cent of the company’s hotels are seafront, so the company’s goal is to offset a minimum equivalent to 75 per cent of its emissions through what it refers to as ‘blue carbon solutions’ which is storing carbon in marine and coastal locations.

The roadmap announced by Iberostar indicates that the group could protect approximately 138,400 acres of mangroves or other forests in tropical coastal areas by planting or restoring 560,000 mangroves or 2,240,000 land plants, capable of actively sequestering that amount of CO2.

The family-owned group feels that this solution is best suited for it because “tourist destinations are experiencing the double impacts of climate change and a global pandemic.”

The photos here are from a mangrove planting event in the Paraíso resort (Riviera Maya, Mexico) where employees helped reforest 70 gray mangroves (button mangroves) and the conditioning of an area recently devastated by natural phenomena. The initiative took place as part of the company’s Wave of Change initiative. 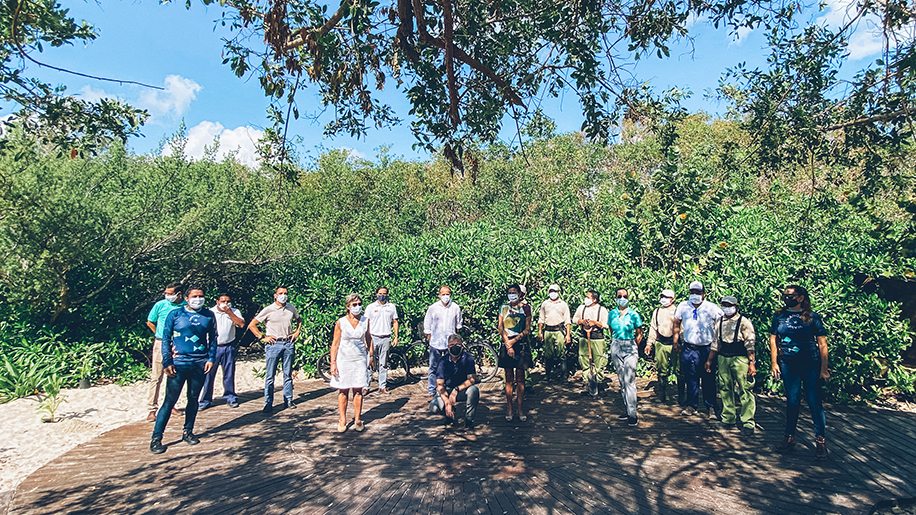 The planting follows from a mangrove restoration project at its Bávaro resort (Punta Cana, Dominican Republic) started in 2019 which encompasses a total restoration area of 36,470 sqm and aims to reforest the area with red mangrove and gray mangrove (or button mangrove). Currently, 10,830 sqm have already been restored with a total of 1,555 mangroves planted.

The moves are the continuation of the Iberostar Group’s 2030 Agenda which was launched in January 2020. The aim of this is to eliminate waste, source responsible seafood, neutralise carbon emissions and improve the health of the ecosystems surrounding its hotels, among other objectives.

The focus on marine and coastal ecosystems incorporates four general objectives to achieve the goal of carbon neutrality in 2030: 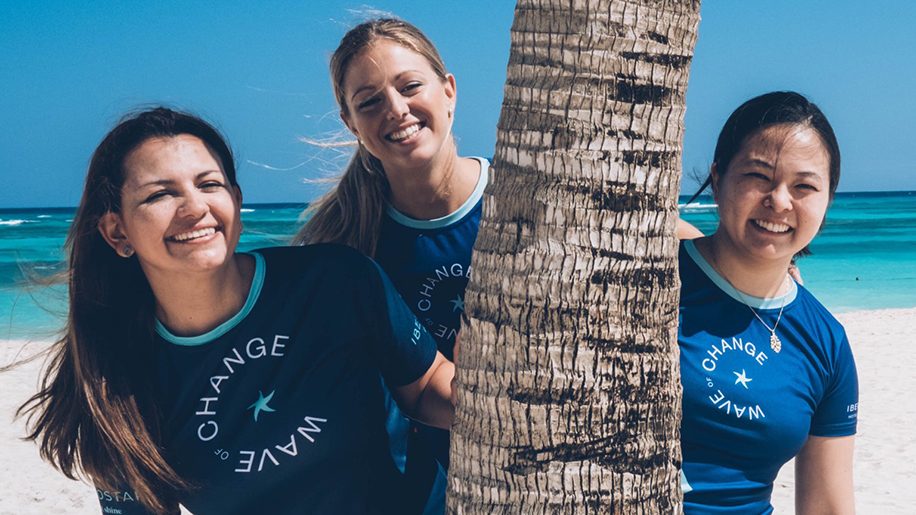 Megan Morikawa, the Group’s Global Sustainability Office Director, says that, “Mangroves are well developed along the coasts of countries like Mexico, Cuba and the Dominican Republic, and constitute one of the largest carbon pools in the tropics. Our approach therefore includes the commitment to protecting and restoring them in order to achieve maximum carbon absorption and sequestration, and thereby reach the net balance of global emissions.”

Loading comments...
Read Next
One in three airline routes have been lost due to Covid-19
Read Previous
Marriott launches business travel programme for SMBs