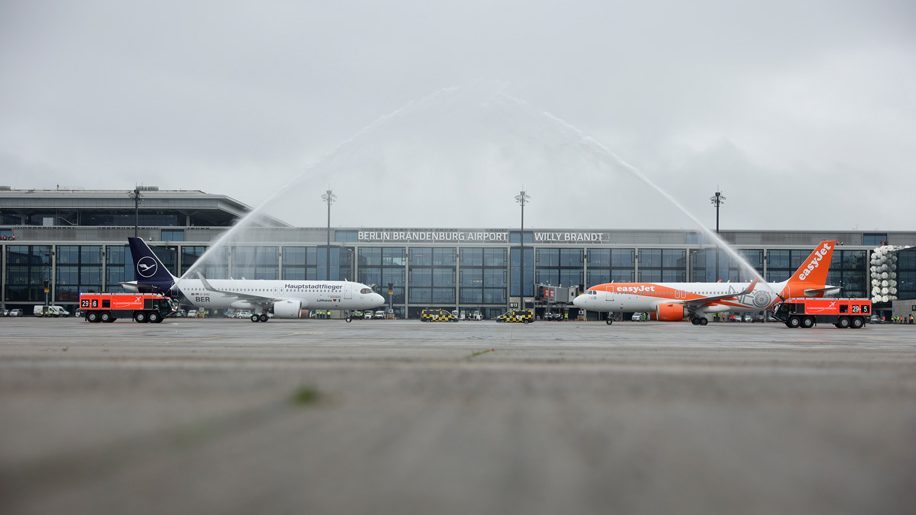 Berlin airport (BER) finally started operations over the weekend, after nearly a decade of delays.

Officially known as Berlin Brandenburg Airport Willy Brandt, the airport celebrated its inauguration with the arrival of Easyjet and Lufthansa aircraft on Saturday October 31, 2020.

A planned parallel landing however had to be scrapped due to bad weather. 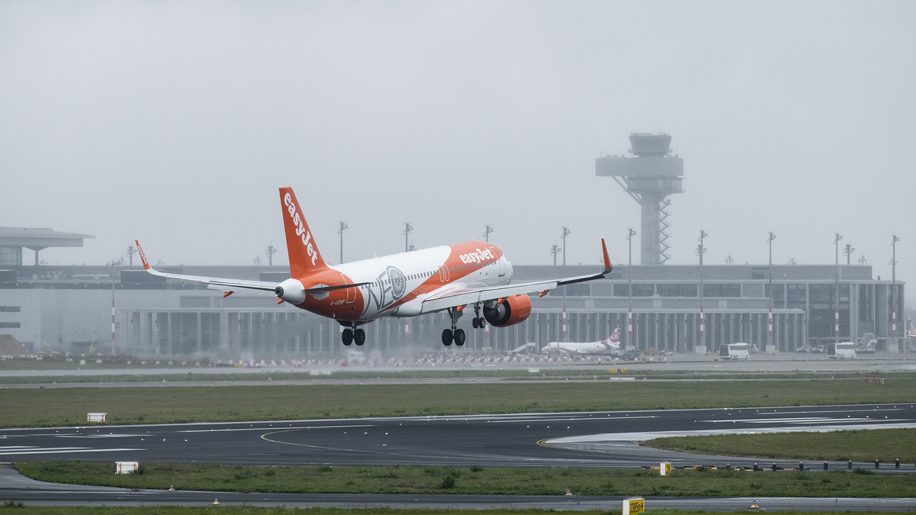 Easyjet operated the first scheduled departure from the airport on Sunday, and airlines will gradually move services over to BER over the next week or so, ahead of Berlin Tegel airport closing permanently on November 8. A guide to planned flight changes can be seen here.

With Schonefeld airport now renamed as BER’s Terminal 5, the new airport concentrates all air traffic for the German capital at one facility, with a total capacity of 40 million passengers.

Terminals 1 and 2 are located between the airport’s two parallel northern and southern runways (the latter of which will come online on November 4), while Terminal 5 is located in the northern area of the combined facility. 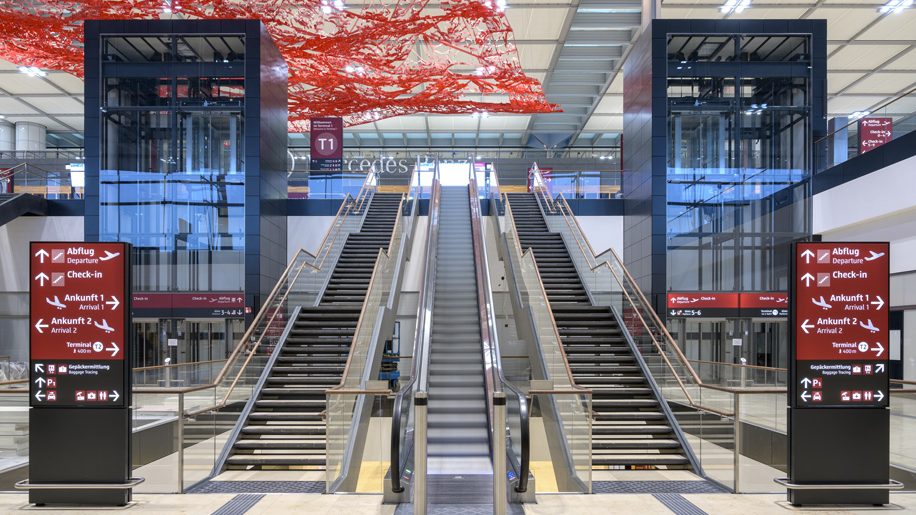 The airport’s rail station (Flughafen BER Terminal 1-2) opened last week and is located directly under Terminal 1 on level U2. It has been built to handle up to 125,000 passengers per day across three platforms and six tracks.

BER expects two out of three travellers to arrive at the airport by public transport. 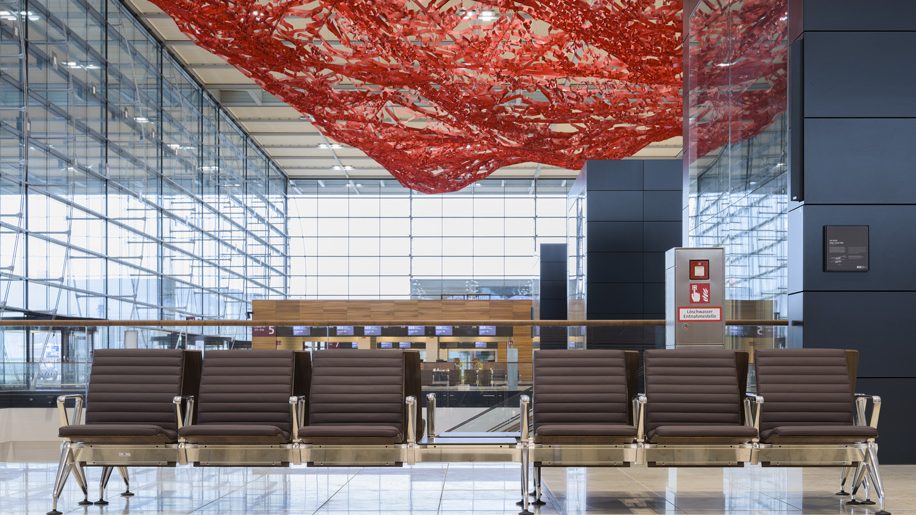 “With Berlin Brandenburg Airport Willy Brandt, eastern Germany can now rely on airport infrastructure that will serve as a solid basis for the coming decades. The people here in the German capital region had to wait a long time for this day. 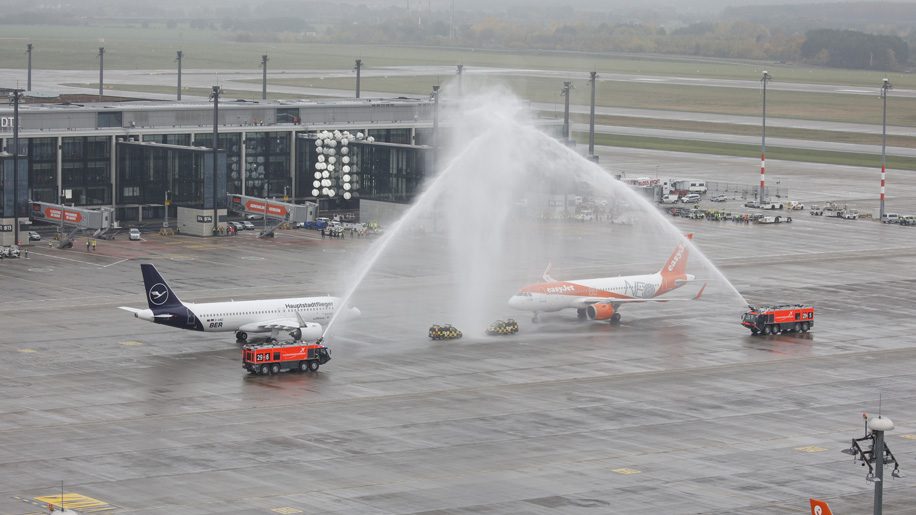 “Our customers, that is the passengers and airlines, will find professional standards at BER: good accessibility by train and car, reliability and safety in handling even under Coronavirus conditions, optimal service on the ground and in the air.

“I am very pleased that we were able to open the new airport with Easyjet and Lufthansa. They are our most important partners even in these difficult times. Together, we shall overcome this crisis.”