The Cathay Pacific Group is shutting down its regional subsidiary Cathay Dragon and cutting 5,900 jobs as part of its latest efforts to address the ongoing impact of the coronavirus crisis.

The Hong Kong-based airline group says the restructuring will allow it to “secure its future”. The announcement comes just a few days after the airline group revealed that it expects to operate under half of its overall pre-Covid-19 capacity in 2021.

“The global pandemic continues to have a devastating impact on aviation and the hard truth is we must fundamentally restructure the Group to survive,” said Cathay Pacific chief executive officer Augustus Tang.

Cathay Dragon will cease operations with immediate effect. The group says it will seek regulatory approval to operate the majority of Cathay Dragon’s routes under its other airlines Cathay Pacific and HK Express.

The airline group said it would cut approximately 8,500 positions, which accounts for around 24 per cent of its normal headcount. However, it has been able to reduce this number to 5,900 actual jobs (or 17 per cent of its  headcount) due to “a recruitment freeze and natural attrition”.

The job cuts mean 5,300 Hong Kong-based employees will be made redundant, and approximately 600 employees based outside of Hong Kong will also be affected.

The group says Cathay Pacific’s Hong Kong-based cabin and cockpit crew members will be asked to agree to changes in their conditions of service “which are designed to match remuneration more closely to productivity and to enhance market competitiveness”.

Executive pay cuts will continue throughout 2021 and a third voluntary Special Leave Scheme for non-flying employees will be introduced for the first half of next year, says the airline group. There will also be no salary increases for 2021.

“We have taken every possible action to avoid job losses up to this point. We have scaled back capacity to match demand, deferred new aircraft deliveries, suspended non-essential spend, implemented a recruitment freeze, executive pay cuts and two rounds of Special Leave Schemes,” said Tang.

“But in spite of these efforts, we continue to burn HK$1.5-2 billion cash per month. This is simply unsustainable. The changes announced today will reduce our cash burn by about HK$500 million per month,” he added. 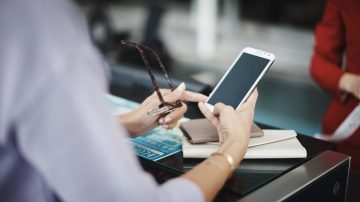