Singapore Airlines will resume its nonstop flights to New York on November 9, but for now the 18-hour service will use JFK airport rather than the previous Newark.

SIA relaunched its nonstop service between Singapore Changi and New York Newark in 2018, following the delivery of its first A350-900ULR.

But following a enforced hiatus due to Covid-19, the carrier has switched to JFK “to better accommodate a mix of passenger and cargo traffic on its services to New York in the current operating climate”.

It is not clear at this stage whether SIA sees this as a long-term switch of airports for the route.

SIA said that it anticipates “significant cargo demand from a range of industries based in the New York metro area, including pharmaceuticals, e-commerce and technology firms”, with the service being the only nonstop air cargo link between Singapore and the Northeast US.

The airline said that the route would also be supported “by the growing number of transfer passengers who can now transit via Singapore’s Changi Airport”.

There will be a thrice weekly service, operating as follows:

Currently SIA is operating nonstop services to Los Angeles on the US West Coast, and the carrier said it would “continue to review its operations to the United States, and assess the growing demand for air travel amid the ongoing recovery from the Covid-19 pandemic, before deciding to reinstate services to other points in the country”.

“Operating these flights between Singapore and New York’s JFK International Airport represent an important step in the rebuilding of our global network. Non-stop ultra-long services are the bedrock of our services to the key US market. We will continue to ramp up existing services and reinstate other points as the demand for both passenger and cargo services return.”

“Despite the challenging times for the airline industry, there are some early signs of optimism about a recovery in air travel. Our customers say that they are increasingly confident about air travel, given the robust health and safety measures that are in place, as well as testing regimes to protect them and our staff.

“This optimism is also driven by recent moves by countries such as Singapore, which are easing the restrictions on both transit and inbound passengers in a safe and gradual manner.

“The fundamental importance of air travel remains unchanged despite the pandemic. Air travel can bridge long distances and physically bring together families and friends, support both business and leisure trips, and has a direct impact on economic growth and job creation. That gives us confidence about the medium to long-term prospects for the industry.”

For a review of the A350-900LUR business class service (which offers the same seat product as on the A350-900) between Singapore and Newark, see: 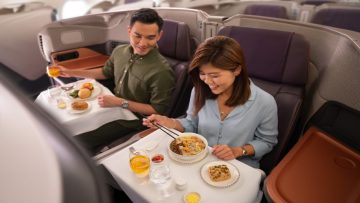 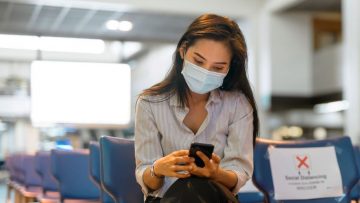 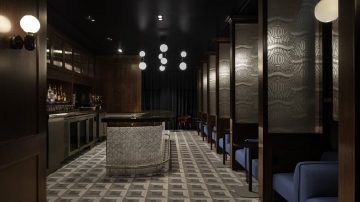