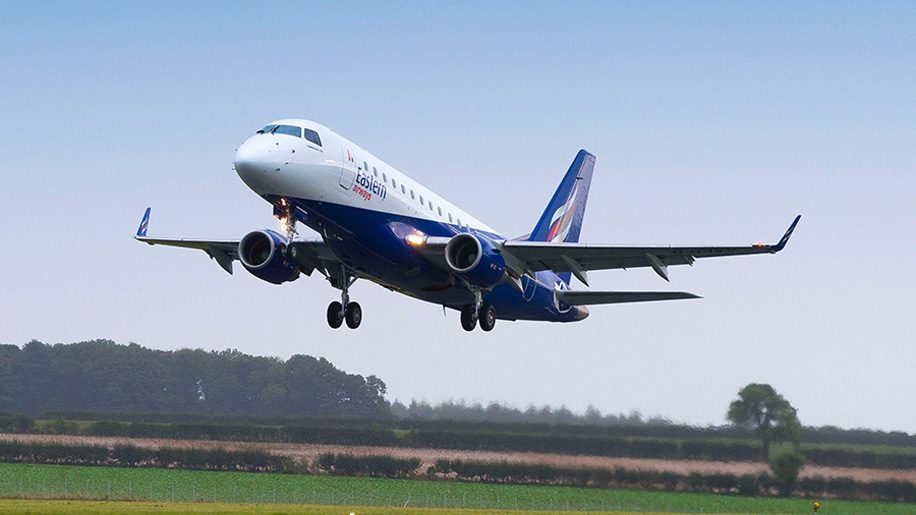 Eastern Airways has announced plans to fly between Cardiff and Belfast City airports from early 2021.

The route between the Welsh and Northern Irish capitals was previous operated by Flybe.

Humberside-based Eastern Airways will offer a six times weekly service (no Saturday flight) between the cities commencing on January 11, 2021.

Flights will operate as follows:

The reinstated route will be the only air service linking Wales and the island of Ireland, and tickets are now on sale starting from £79.99 one way, including 15kg of hold luggage.

Eastern Airways relaunched itself as an independent scheduled airline earlier this year, taking over several routes it formerly operated under a franchise agreement with Flybe.

It has since added new routes including a service between Teesside International airport and London Heathrow, the carrier’s first ever scheduled flights to Heathrow, and the first Teesside-Heathrow service for over a decade.

“As the UK’s regional airline serving all four home nations, ensuring the right services and frequencies are offered as passenger confidence returns is essential.

“The introduction of a Belfast City service from Cardiff is one so many have been asking for so connectivity between Wales and Northern Ireland is in-place as the appetite for travel increases.

“Eastern Airways is all about supporting the regions of the UK, connecting people and places, so adding further services at hubs we already serve is another crucial part in the economic recovery and prosperity of Wales and Northern Ireland.”