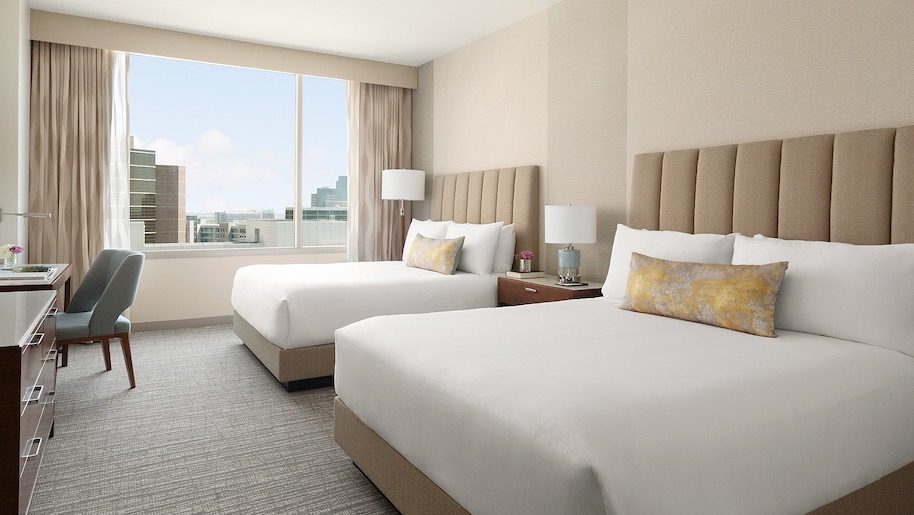 According to Integrated Viral Protection (IVP), the company producing the filters, the new technology is an “indoor air protection system” that can “destroy Covid-19”.

“The IVP Air heated-air filtration system is a mobile, plug-and-purify device designed to eliminate SARS-CoV-2, anthrax spores and other airborne contaminants through a heated filter that does not impact the temperature of the ambient air,” reads a statement from IHG.

The new technology is being installed at the InterContinental Houston – Medical Center, which is located in the Texas Medical Center.

Materials Physics Today published a study saying the system can kill SARS-CoV-2 (the virus causing Covid-19), anthrax spores and other airborne contaminants. The research has been publicly supported by research faculty at the Argonne National Laboratory and Massachusetts Institute of Technology.

According to IHG, the system was first designed by IVP founder and inventor, Monzer Hourani, who also serves as the head of the InterContinental Houston – Medical Center’s ownership group.

Hourani, who has a background in physics, science and engineering, developed the IVP system in partnership with Dr. Zhifeng Ren, Director of the Superconductivity Center of Texas at the University of Houston, and with other scientists at the UTMB Galveston National Lab and University of Texas A&M Engineering and Experiment Station.

Business Traveller Asia-Pacific has asked IHG if it plans to introduce the new technology to its other hotels.