Wizz Air has announced plans for three new routes from the UK, to destinations in Italy, Moldova and Romania.

Flights from London Luton to Catania, and from Liverpool to Chisinau and Cluj-Napoca are set to launch next month.

All three services will operate twice weekly, with the Luton-Catania and Liverpool-Chisnau routes launching on October 22, followed by Liverpool-Cluj-Napoca the following day.

The new flights will bring Wizz Air’s Luton network to 71 routes, while services out of Liverpool airport will increase to 11 destinations.

The announcement follows the carrier’s planned expansion at Doncaster airport, as well as a new base at Gatwick, offering flights to Greece, Italy, Spain and Malta.

Wizz Air is also gearing up to launch its new Abu Dhabi subsidiary next month.

“We are delighted to be introducing new low-fare connections to Liverpool John Lennon and London Luton, to provide our loyal customers the opportunity to explore three vibrant cities, whether it’s wine tasting in Chisinau, museum hopping in Cluj-Napoca or a romantic dinner in Catania.

“As Wizz Air leads the way with its enhanced health and hygiene measures, our customers across the UK continue to say “YES” to flying, as we bring more much-needed connectivity and help the economy get back in the air. 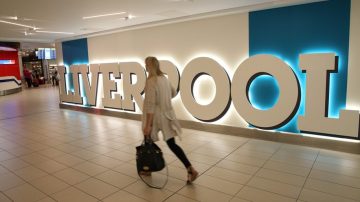