KLM is continuing to increase the number of destinations offered across its European and intercontinental networks, albeit at significantly reduced frequencies.

The carrier said that its European network “is virtually at pre-Covid-19 levels in terms of the number of destinatons”. Between August and October it will serve 91 destinations, up from 72 in July, and just one fewer than the 92 offered during the same period in 2019.

The airline said that it had “opted to expand the number of destinations first, so that customers have the widest possible choice”, with the next steps being to increase frequencies, and / or deploy larger aircraft on certain routes.

In terms of KLM’s intercontinental network, the carrier will fly to 51 destinations in August, increasing to 61 in September and October. This compares to the 69 destinations offered between August and October 2019.

The airline also said that currently one third of intercontinental flights are carrying cargo only, adding that “As soon as local travel rules allow, KLM will start carrying passengers on these flights again”.

Again flight numbers on intercontinental routes are considerably down on 2019 – KLM expects to operate around 2,000 flights in both August and September, and 1,800 in October, compared to 3,300, 3,200 and 2,600 for those three months last year.

A handful of new routes have been either commence or announced in the last few weeks – the delayed launch of flights to Cork will go ahead on August 3, followed by a newly announced service to Southampton on August 31.

And from September 28 Riyadh will be added to the network, operating via Dammam on the return leg. 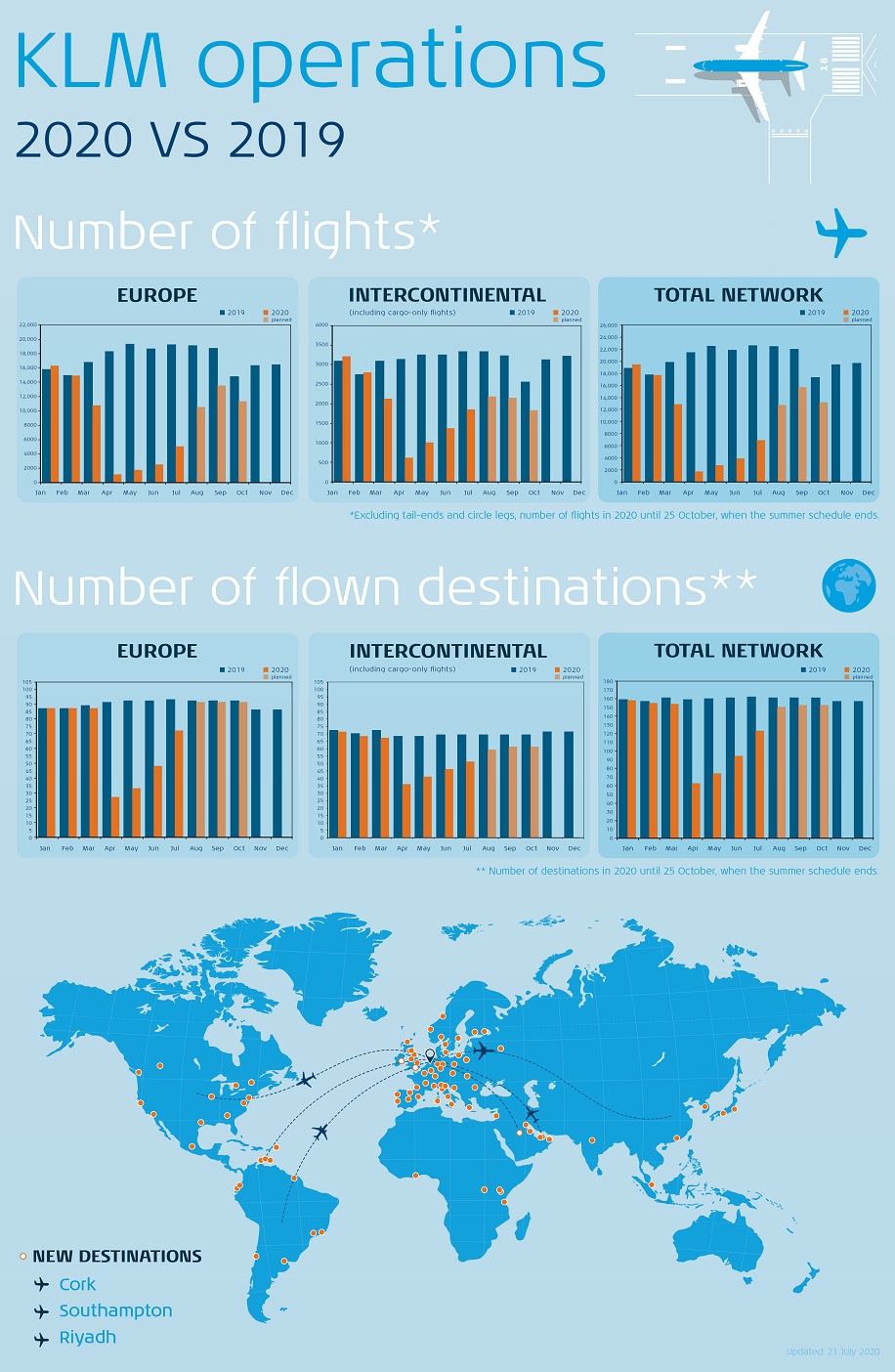