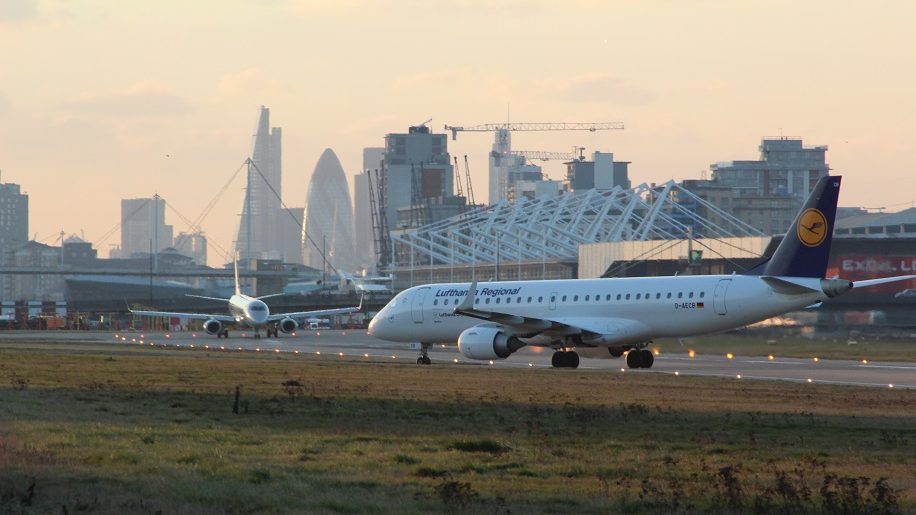 Lufthansa is set to resume flights between London City airport and Frankfurt a month earlier than planned, as LCY says that its “recovery momentum” is building.

Earlier this month we reported that the German carrier would restart its LCY-Frankfurt route in October, but the close-in London airport now says that a twice-daily service will resume on September 7.

The airport said that there had been “massive demand” for the routes, following the removal of quarantine restrictions for arrivals from destinations including France, Italy and Spain.

“The resumption of our Frankfurt route is a significant milestone for London City Airport and a positive sign for the UK’s and Europe’s economic recovery, restoring a very popular connection between two of the world’s most important financial centres.

“We have already seen demand from passengers to travel, especially for a summer holiday after months of lockdown. As restrictions continue to ease, with businesses increasing activity and more people getting back to work, we anticipate demand for business travel on routes such as this will grow as we head into the autumn. Lufthansa’s decision to resume this route with twice-daily flights demonstrates their confidence in that too.

“We are working with all of our airline partners to re-establish other important and popular routes as soon as possible, to provide the fast and convenient connectivity needed to recover from the impact of the Coronavirus.”