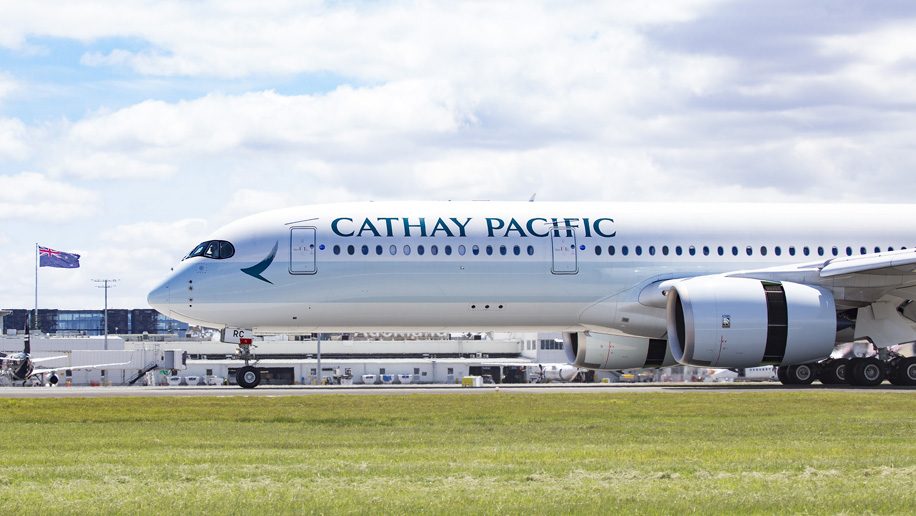 Cathay Pacific says it expects a first-half net loss of HK$9.9 billion in 2020, including impairment charges amounting to about HK$2.4 billion, which mainly relate to 16 planes, as the coronavirus crisis continues to hammer air travel demand.

The Group says the 16 aircraft “are unlikely to re-enter meaningful economic service again before the 2021 summer season”.

In June, the Group’s airlines carried less than 1 per cent of the passengers they carried in the same month in 2019. The Group said it operated about 4 per cent of its normal passenger flight capacity in June.

“This was slightly more than we operated in May, having resumed services to some destinations such as New York, San Francisco, Amsterdam and Melbourne in late June. Load factor remained low at 27.3 per cent, and on average we carried approximately 900 passengers a day only,” said Ronald Lam, Cathay Pacific Group chief customer and commercial officer.

In the first six months of 2020, the number of passengers carried by the airlines dropped by 76 per cent against a 65.7 per cent decrease in capacity compared to the same half-year period for 2019.

“The landscape of international aviation remains incredibly uncertain with border restrictions and quarantine measures still in place across the globe. Although we have begun to see some initial developments, notably a slight increase in the number of transit passengers following the easing of transit restrictions through Hong Kong International Airport, we are still yet to see any significant signs of immediate improvement,” said Lam.

Lam also said that towards the end of June, transit traffic reached about 32 per cent of overall traffic, with “notable demand” from destinations in Southeast Asia such as the Philippines and Vietnam to North America.

“The management team is moving forward with a comprehensive review of all aspects of the Group’s operations and will make its recommendations to the Board on the future size and shape of the airlines by the fourth quarter,” reads a statement from the carrier.

The Group expects that its airlines will operate up to 10 per cent of the normal flight schedule in August and “will continue to assess the potential of increasing more flights and adding destinations” in the coming months, Lam said in a statement. The Group has adjusted its overall capacity for July to approximately 7 per cent.

“The one certainty facing the global aviation industry is that the landscape will be significantly changed when international air travel recovers. The Group is moving decisively to best position the business to be competitive and to secure its financial health over the long term in a new normal,” said Lam.