Virgin Atlantic has unveiled a £1.2 billion refinancing package which it says represents a “private-only solvent recapitalisation of the airline”.

In addition, payment of £400 million to shareholders will be deferred, and creditors will further support the airline with another £450 million in deferred repayments.

The carrier had previously been unsuccessful in securing £500 million in government aid, with Sir Richard Branson writing an open letter to staff in April warning that support would be needed in order for the airline to make it through the crisis.

The news comes just a week before Virgin Atlantic is due to take to resume flights, initially with selected services to the US, Hong Kong and Shanghai, with further routes being added in the coming months.

The carrier says that the new five-year business plan “paves the way for the airline to rebuild its balance sheet and return to profitability from 2022”.

In May Virgin announced plans to axe over 3,000 jobs and close its operations at Gatwick, although it intends to retain its slot portfolio at the South London, with the aim of returning “to protect opportunities for future growth”.

The onset of Covid-19 led to a 98 per cent drop in flying in the second quarter of this year, and capacity for the second half of 2020 is expected to be down 60 per cent on 2019, “with pre-crisis levels of flying unlikely to return until 2023”.

In a statement Virgin said that by 2022 the carrier “will fly the same number of sectors as 2019 despite its smaller scale, demonstrating productivity and efficiency improvements”.

By the first quarter of 2022 the carrier is expected to operate a streamlined fleet of 37 aircraft, following the retirement of seven B747s and four A330s, and delivery of outstanding A350 and A330-900 orders have been “rescheduled”.

“Few could have predicted the scale of the Covid-19 crisis we have witnessed and undoubtedly, the last six months have been the toughest we have faced in our 36-year history. We have taken painful measures, but we have accomplished what many thought impossible.

“The solvent recapitalisation of Virgin Atlantic will ensure that we can continue to provide vital connectivity and competition to consumers and businesses in Britain and beyond. We greatly appreciate the support of our shareholders, creditors and new private investors and together, we will ensure that Virgin Atlantic can emerge a sustainably profitable airline, with a healthy balance sheet.

“Once our plan is approved, we will continue to focus on providing our customers with the service they have come to expect. Despite the incredible efforts of our teams, through cancelled flights and delayed refunds we have not lived up to the high standards we set ourselves, but we will do everything in our power to earn back their trust.

“While we must not underestimate the challenges ahead and the need to continuously respond to this crisis, I know that now, more than ever before, our people are what sets us apart. I have been humbled by their support and unwavering solidarity throughout. The pursuit of our vision continues and that is down to each one of them.” 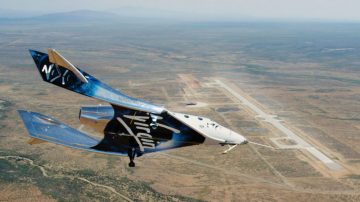